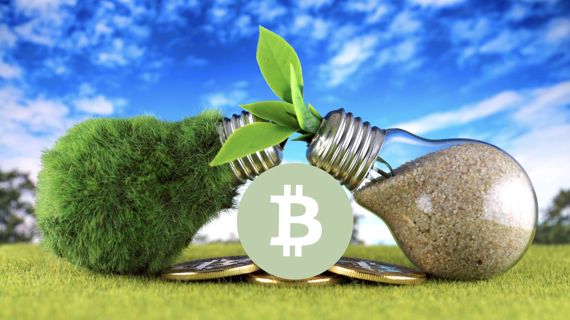 According to the latest estimates from Cambridge University, America now accounts for more than 42% of the Bitcoin network's hash rate.

This is an opportunity to recall what I said in May 2021 when many were panicking after China banned Bitcoin mining: this was something extremely Bullish for Bitcoin.

In one fell swoop, two major problems of Bitcoin were solved:

The concentration of Bitcoin's Hash Rate in China, a country whose authoritarian values are the opposite of those promoted by Bitcoin.

The share of electricity from renewable energy sources used by the Bitcoin network was too low.

Bitcoin achieves a 57.7% share of renewable energy used to secure its network

At the end of June 2021, a first report was published detailing that the share of renewable energy in the electricity used by the Bitcoin network exceeded 50%. A way to put an end to the misconceptions propagated by Bitcoin opponents who constantly say that Bitcoin is an ecological disaster in the making.

This figure served to remind Bitcoin's opponents that the ESG score of the king of digital currencies was already excellent. Of course, nothing is perfect yet, but it was still something very positive.

The second quarterly report of the Bitcoin Mining Council has just been published. It shows that the mining activity at the heart of the security and decentralization of the Bitcoin network consumes 188 TWh compared to 154,620 TWh for all human activities:

The important thing to understand with the Bitcoin Mining Council's data is that it only covers mining companies in North America. These companies “only” account for 33% of the global Hash Rate currently. The renewable energy share for the entire Bitcoin network is therefore roughly estimated at 57.7%, up 3% from Q2 2021.

It is interesting to also discover that the Bitcoin mining industry is the one that “uses the most renewable energy in the world”. Bitcoin mining consumes 3 times less energy than gold mining and 21 times less than the aviation industry.

In this Q3 2021 report from the Bitcoin Mining Council, Michael J. Saylor applauds the energy efficiency advances made in recent months:

Michael J. Saylor also pointed out something extremely important: the fact that Bitcoin's consensus algorithm halves miners' profits every 4 years. This means that miners are forced to halve their energy consumption to keep the same profitability, all other things being equal.

On the other hand, one could object to Michael J. Saylor that the fact that the price of Bitcoin keeps rising over time slightly counteracts this programmed disincentive to mining.

An opportunity to thank the Chinese Communist Party once again and hope that it stays away from Bitcoin, which symbolizes freedom

This data from the Bitcoin Mining Council comes just days after China announced that it was launching agency calls for public opinion on banning Bitcoin mining from the country.

It seems that the Chinese Communist Party prefers to ban before thinking about it, or else regrets are already beginning to emerge when they see that the place left vacant was taken by America. Contrary to what China might have imagined, Bitcoin does not need China to succeed.

Bitcoin stands for freedom, while China cannot stand that its people can be free to act outside the rules set by the Chinese Communist Party. Unfortunately, it is the Chinese people who will be most affected in the future by having no alternative to the e-RMB that will be imposed to better monitor the population.

As for Bitcoin, it continues its revolution no matter what.