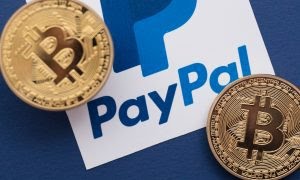 PayPal is building a "small team" of cryptocurrency experts in Ireland as the payments company increases customer offerings related to bitcoin and other digital currencies, Ireland's "Independent" newspaper reported.

PayPal's new hires in the Emerald Isle include experts in compliance and money-laundering prevention, the Independent reported.

The hiring will include positions in PayPal’s blockchain, crypto and digital currencies business unit, The Independent reported. When PayPal announced the formation of the business unit in March, Chief Executive Dan Schulman told publication Decrypt: "There is a ton of opportunity for us to be helpful in creating that next generation of infrastructure. That’s what this business unit is about."

PayPal only lets customers use bitcoin and a few other cryptocurrencies, and in limited ways, but Decrypt reported Schulman's prediction in the March interview that the company will expand its crypto-related offerings.

As of August 1, PayPal's hiring page included crypto-related job openings in Dublin, Ireland and Dundalk, Ireland. One position is described in PayPal's posting as having to do with financial crimes investigations and customer protection.

The company also is advertising for blockchain analytics experts at both of its Ireland locations.

The reasoning behind PayPal executives' interest in beefing crypto capabilities was clear from remarks Schulman made speaking with analysts on July 29, when PayPal released its second fiscal quarter financial results.

“We continue to be really pleased with the momentum we are seeing in crypto,” Schulman said, according to PYMNTS' report on the earnings.