Uniswap delists 100 tokens from interface, including options and indexes

Synthetic tokens and tokenized stocks have made it onto Uniswap Labs’ black list as regulatory concerns mount. 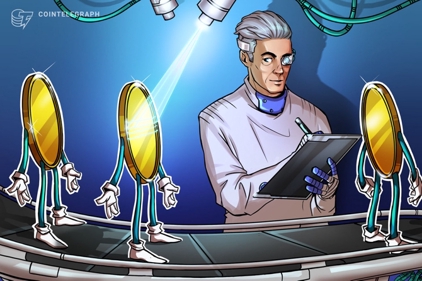 The world’s leading decentralized exchange, Uniswap, has announced the delisting of a number of tokens from its app interface.

Uniswap Labs made the announcement on Friday, emphasizing that the tokens had been removed from the app interface only and that the protocol remains immutable:

“These changes pertain to the interface at app.uniswap.org — the Protocol remains entirely autonomous, immutable, and permissionless.”

The company Uniswap Labs is the software developer that has built the front-end web app portal. The front-end is separate from the Uniswap protocol itself, which is autonomous code that was released as a public good.

In the blog post, Uniswap Labs hinted that increased regulatory pressure may have influenced its decision, stating, “We monitor the evolving regulatory landscape.” The company also described the move as “consistent with actions taken by other DeFi interfaces.”

The tokens that have been delisted from the platform’s interface include instruments that may be at risk of being classified as securities by a regulator, including tokenized stocks, options tokens, insurance-based tokens and synthetic assets from crypto derivatives platforms like Synthetix.

The reaction from the crypto community saw Uniswap’s purported decentralization called into question. Industry observers such as ChainLinkGod asked why Uniswap’s UNI holders did not get to vote on the delistings, tweeting:

“Not very informative here. Was this decision made through governance vote? If not, this opens a whole can of worms and sets a terrible precedent.”

Uniswap is currently the leading decentralized exchange by trade volume, with the protocol’s v2 and v3 versions facilitating a combined $1.45 billion worth of trade in the past 24 hours.