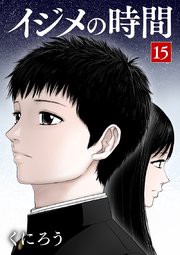 Family of the deceased: "I was surprised at how light the punishment was.

According to the prefectural board of education, the teacher routinely used abusive language such as "I'm going to kill you" and repeatedly used corporal punishment such as shaking a pipe chair. He called these actions "harassment using his position as a teacher" and explained the reason for the disciplinary action, saying, "I made a comprehensive judgment based on the serious consequences of the student's suicide. The teacher is said to have said, "I deeply regret my actions.

In Japanese schools, even if a teacher drives his or her own student to suicide, the teacher takes three months off from school and tries to end it by saying, "I am deeply sorry. I have written many times here that the guidance of club activities should be outsourced to professionals, but my voice will never reach the school officials.

This case must feel like a murder case to the bereaved families. I think they are stunned that the murderer of their son would return to work after only a three-month suspension.

A human life should not be taken so lightly."

I wonder if the teachers who are responsible for this kind of incident are allowed to teach students as if nothing happened (as usual, their names and faces are kept secret and their human rights are protected).

If my son were to say to his teacher.

If my son commits suicide after being verbally abused by a teacher, I will say to the teacher the same thing.

If your son commits suicide after being verbally abused by a teacher, wouldn't you be tempted to press him to commit suicide? If the three-month suspension is the result of a "comprehensive judgment," isn't the board of education just as bad as the abusive teacher?

Japanese schools have no way to check what is going on inside. There is no transparency because the organization is extremely reluctant to let outside eyes in. Such schools continue to say that "club activities are compulsory. Trying to escape from such a system is self-defense. It is a natural consequence that the number of non-attendance at schools is at an all-time high.

The Ministry of Education, Culture, Sports, Science and Technology (MEXT) has also made a change to allow free schools outside of school by creating the "Law for Securing Opportunities for Regular Education. But school reform comes first, doesn't it?