Here is a short romantic story of two friends.. Mary and Alex. 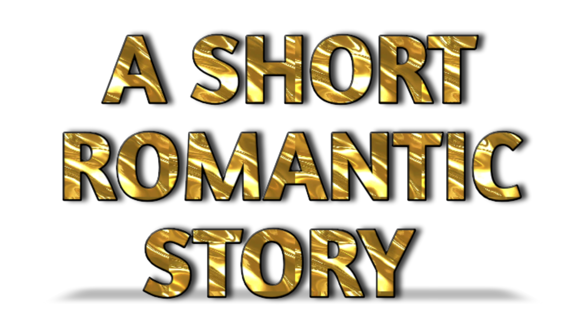 A weekend With Mary

It was on a hot Friday evening; everything was hot including them ladies at this club my friends and I were..

I was in the company of my friend Alex, and his freaking hot girlfriend. I didn't have a date with me, and I wasn't going to drink a lot since I was the one to drive these two crazy love birds home.

It was Celina's birthday, Alex had brought her out then later they go to his place to do whatever the two desired.

As they danced on the dancing floor, I sat at the table sipping some wine, admiring how beautiful Celina was.

She had some well rounded boobs and the future behind her was bright, not forgetting the well-curved hips.

"Damn man! This guy gonna be eating this chic almost all night,..

while am in my sheets all alone!" I said to myself as I imagined how sweet Celina was.

I fantasized with her for a while, then I got up and went to the washrooms. From my fantasy, I had triggered an erection and I needed to cool it off.

I took a couple of minutes in the washroom as I freshened up, then headed back to the table. On my way out, I bumped into an incredibly beautiful lady.

"Am so sorry ma'am." I apologized since I had stepped on her feet.

"It's okay." She replied smiling.

"Wait a minute! Mary? Is this you?" I then asked surprised.

At first I had not recognized her since the club light was a bit dim.

"Heeey Ham. What are you doing here?" She replied excitedly.

Mary was Celina's best friend, but we had met just twice at Alex's place. It had been more than an year since I saw her last.

"I am here with Celina and Alex, am their designated driver." I said calmly as I took a quick stare at her juicy boobs.

She was wearing an off shoulder top which was almost transparent; I could see her red bra holding up her two brown titties.

Below the top, she was wearing a blue mini skirt, which was slightly past her thick brown thighs.

Compared to Celina, Mary was quite a catch. She was light skinned, had a much more brighter future behind her than Celina's, and she was quite thick.

The very first time I saw her, I couldn't help it but have a crush on her.

"Yeah, she is right over there." I replied pointing at her.

"You come to hangout here?" I then asked.

"Not so often. I just got bored and decided to come have a drink here as I cool my thoughts." She replied.

"What thoughts?" I asked.

"I am getting married next month." She replied not sounding excited.

I just couldn't believe that my crushie was getting married, and I never even cared to tell her how much I liked her.

"Would you mind sitting with me?" I then asked as I pointed at the table where I was seated.

Mary came with me to the table and she ordered some wine too.

"So, who is this lucky guy marrying this beautiful princess?" I asked.

"He is some guy my parents found for me. It is an arranged marriage; to be honest, I don't even like him." She replied.

"He is cute, but I just don't have any feelings for him." She replied.

"Is there anyone you have feelings for?" I asked.

That was when I realized that I was getting too personal and I might blow my chance of being besties with Mary.

"Yes, there is this guy I really like, but he doesn't know I like him. We haven't met many times with him though, but the first day I met him, my whole body was filled with goosebumps." She replied with a glow in her eye.

"Damn! What does it take to be liked by a girl like Mary?" I asked myself.

"Who is the lucky guy?" I then asked her.

Before she could answer me, Celina and Alex joined us at the table. Both of them greeted Mary and then sat there for a moment.

"Should I drive you home?" I asked.

"Are you fit to drive?" Mary asked.

"I came with my car, I can drop Ham, you take the car." Mary said giving me a romantic stare.

"Are you okay with that bro?" Alex asked as he winked.

"Yeah sure, you can have the car." I replied calmly.

"Cool, I will see you tomorrow bro, take care of her." He said smiling then he took the car keys and they left.

After a few drinks with Mary, she got up and asked me to dance with her. Since she was someone's wife to be, I was cautious with her, I did not want to hold her in an inappropriate manner.

Shockingly, she took my hands and placed them around her waist, then she pulled me closer. She began rubbing her soft bump around my thighs gently, and just like any sexually active man, my python began to awaken.

I could feel it push gently upwards, and I was afraid that Mary was going to feel it get harder.

"Hey, I feel a bit exhausted; do you mind if we head out?" I asked with a shaky voice.

"How about we get some take away drinks too and go chill at your place?" She asked.

"I don't feel like going to my place tonight; it's so lonely there." She added.

"Why lonely? Isn't your fiancé around?" I asked.

"No, he is outside country." She replied.

"Yeah, sure. We can go chill at my place." I said softly.

"Let's head out then." She said smiling as she got up.

We walked to the car both of us a bit tipsy as I carried the take away beer, and she drove. She didn't know where I was staying, hence I had to show her the way.

It took us about twenty minutes to get to my place. Just like a dude who had no any heads up that he would have a date and take her home, the house was disorganized.

"Am sorry the house is a mess." I said as we walked in.

"It's not a mess dear." She replied smiling as she took a seat.

I sat down beside her and we began taking the take away liquor. After the first bottle was down, I began noticing that Mary's dress was a little bit past her knees; I could see part of her cute thighs.

I tried so hard not to keep staring at her, but I couldn't help it; she noticed that I was staring at her. She just smiled then took her glass.

The booze accidentally poured on her dress and she quickly got up to drain it down. Unfortunately, the dress was already soaked in booze.

"So sorry, can I get something to dry my dress with?" She asked.

"Sure." I replied as I got up and headed towards the bedroom.

"Also if you don't mind, get me a long T-shirt please." She said.

I got her my towel and one of my T-shirts. Surprisingly, Mary took off her dress right in front of me, and she was left in just a panty and bra.

Seeing her juicy honeypot well curved on the red panty, and her gorgeous boobs hanging over her bra was driving me insane.

Shockingly, Mary took off her bra too and there were her firm and juicy boobs; I just couldn't hold it any more.

Instead of giving her the T-shirt, I took her hand and gently pulled her closer then kissed her.

"What are you doing Ham?" She asked shyly.

"Why be sorry? Your kiss is magical." She replied as she went for my lips again.

The next thing I felt was her soft palm in between my legs; the python was arising from its sleep at a high rate.

"Wow! Your little guy is a giant." She said as she undid my belt.

"Do you like it?" I asked as I caressed her.

"No, I love it. I know this will sound crazy, but I want it." She replied.

"Are you sure?" I asked tickling her nipples.

"Yes Ham, I am. Give it to me." She replied taking deep breaths.

"What about him?" She asked.

"You sure you wanna cheat on him?" I asked.

After quite a while of being blown away, I took Mary by the waist and placed her on the sofa. I pulled off her panty and began to rub her clit as I sucked her nipples.

I could hear her moan as she moved her waist up and down. She stretched her arm in between my legs, grabbed my python, and placed it at the tip off her honeypot.

I pushed it in and she gave me a deep, sexy moan. For half an hour, I was enjoying Mary's moans as I rode her.

When I was about to pull out, she grabbed my back and squeezed me tight; I released inside her.

For the rest of the night, Mary couldn't get enough of me; we got to a point where my python was exhausted and her honeypot was on fire.

In the morning, I woke her with a sweet morning glory, then made her breakfast and gave her one last quickie for goodbye.

After that night, I didn't see Mary again till on her wedding day. When she saw me, she smiled happily, and as she walked past me, she whispered;

"Thank you handsome, you fulfilled my dream."

"Having a baby with a cute guy whom I not only like, but satisfied my needs in bed." She replied then winked....

End of the story.