Best 10 NFT GAMES YOU CAN Play to Earn Cryptocurrency

There are various experiments going on in the crypto world where you can play games and earn through the blockchain network. In this article I will discuss 10 famous NFT games to play and to earn. If you are interested in anything related to games and cryptos or NFTs, then we suggest you keep on reading this article. 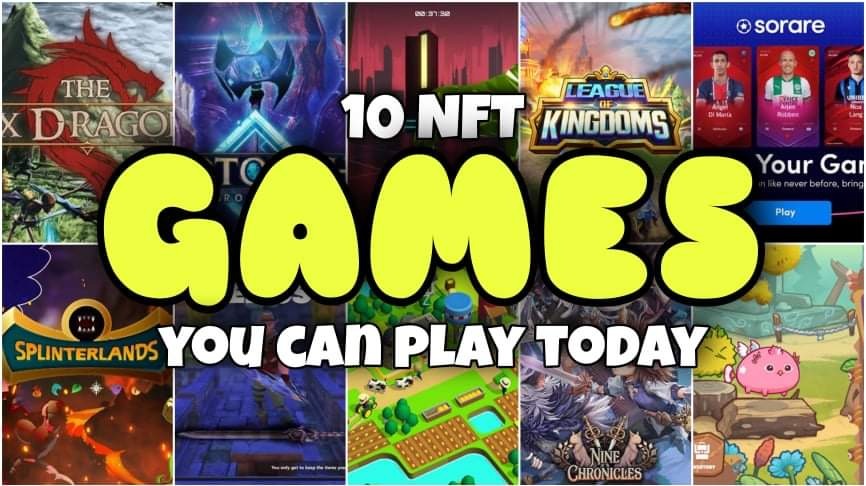 10 NFT GAMES YOU CAN PLAY TODAY: Play to Earn Games

There are various experiments going on in the crypto world where you can play games and earn through the blockchain network.

In this article I will discuss 10 famous NFT games to play and to earn. If you are interested in anything related to games and cryptos or NFTs, then we suggest you keep on reading this article. 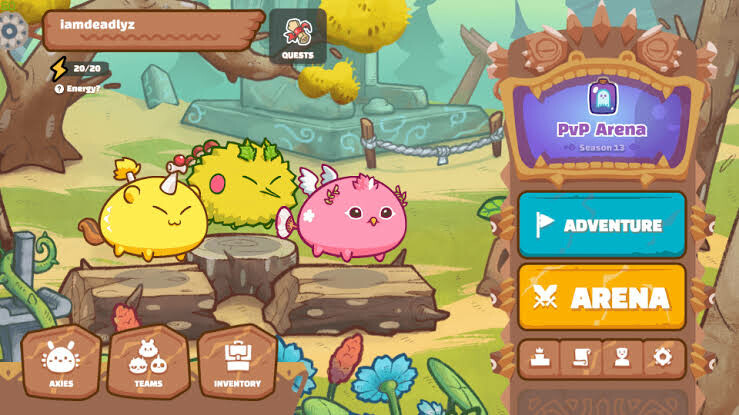 This one sits at the forefront of earning through blockchain networks. The main characters in this game are the digital pets called axies, in this game the players earn full ownership of the in-game assets by exploring, competing in battles and breeding. Players become the most important and active members in the game community and economy which in turn helps in steering development of the game. The game is still in the early stages and it has a lot of room for growth, the game has to develop and upgrade a lot in order to compete with industry giants such as pokemon. With a dedicated team and a strong community backing it, the future of the game looks pretty bright. Axie is available on ios, android, windows and mac platforms. 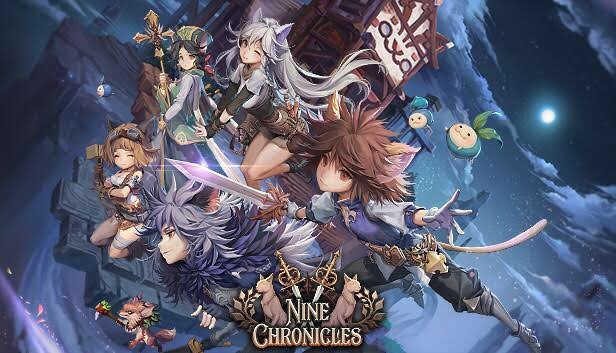 This game is a free-to-play role-playing game but with a little bit of a technical twist. In this game you act as a role-playing character and your main task is to collect loot, kill monsters, battle your competitors and explore the vast and huge virtual fantasy world of the game. There is one thing that makes nine chronicles different from other games, is that it is built on a peer-to-peer network of gamers and miners, just like bitterrent which means that no central server is owned by a single company. The whole online world will continue to exist as long as there are players available in theory. Nine chronicles is available on windows with a steam early access on the way to be launched. 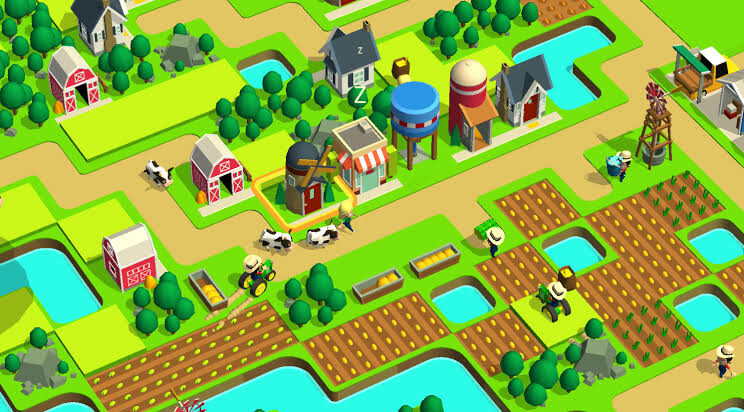 This farm and competitive stimulation was developed by the creators of farmville and words with friends. This game runs on a six-day cycle, which means that on every tuesday the gaming world is reset and every player has to start the game from scratch.

The player's main tasks include having hiring workers, sell productive and efficient farmer in the game, at the end of each cycle on Tuesdays, the winners gain GALA tokens, NFTs and much more as rewards. This month's competition is quite fierce says the prize pool is set at approximately 1 million dollars.

So what are you waiting for? Get your hands on this game to enjoy and earn. This game is available as a beta version and can be played on any modern browser. 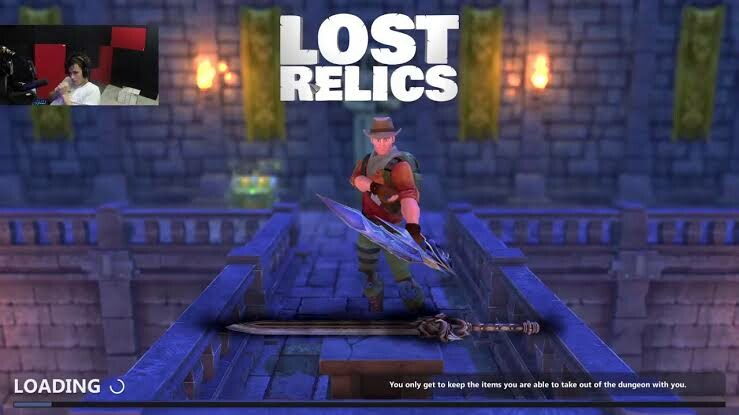 This game is in ARPG guests quests, killing monsters, conquering dungeons and collecting the rarest of rare loots. The loot in this game comes in two types, mainly virtual and blockchain where virtual items include weapons, armors, accessories and other items that are controlled by the game developers. Blockchain items are decentralized and the player is free to use, trade, sell, purchase or even discard them, it all depends on the player and the game developer is not free to do anything about it.

Lost Relics is free to play but comes with an option for membership in which the player can unlock various other perks that the game has to offer. The pre-alpha version is available for windows and mac but mind that the game works on player slots and they are limited so hurry. 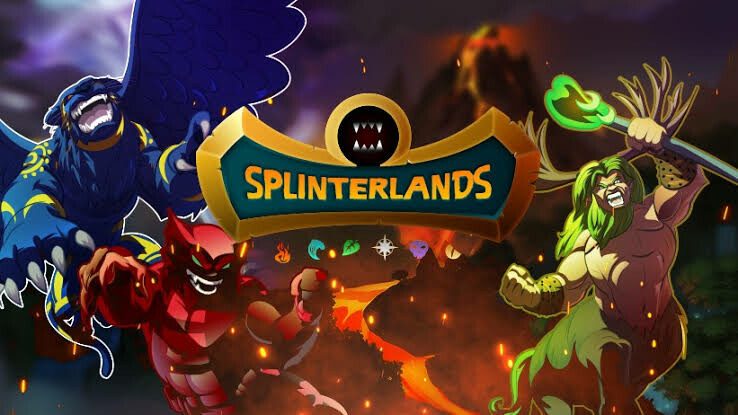 Do you remember how easy it was to exchange physical cards for games like pokemon and magic the gathering. Splinterlands works on the same principle but in a digital form, in these games the player has to build his or her own deck with different fighters stats and abilities and once you do that you're all set to battle with other players in the arena. With every win in the game, your rank increases and allows you to unlock higher level cards and more rewards.

The cards are NFTs in the game and this is what differentiates from it from other games of that are of the like or based on similar maps. These NFTs are pieces of codes that are stored in the blockchain network that access the certificate of ownership for the players which means that the players are the owners of the cards and this fact gives them the freedom to buy, sell, trade or play the cards as per their choosing. The game is available on PC, ios and android platforms.

Sorare is yet another collective card game, just imagine a five side fantasy football game with your favorite players and that too on a global level, yes this is what this game has to offer. Sorare cards feature top players from all around the world on different leagues. Using sorare cards you will be allowed to build up your own virtual football team and also join active leagues and tournaments. The card earns XP which rises.

Sorare is one of the biggest blockchain games that are available to the masses right now with 135 licensed football clubs and covering 23 leagues. 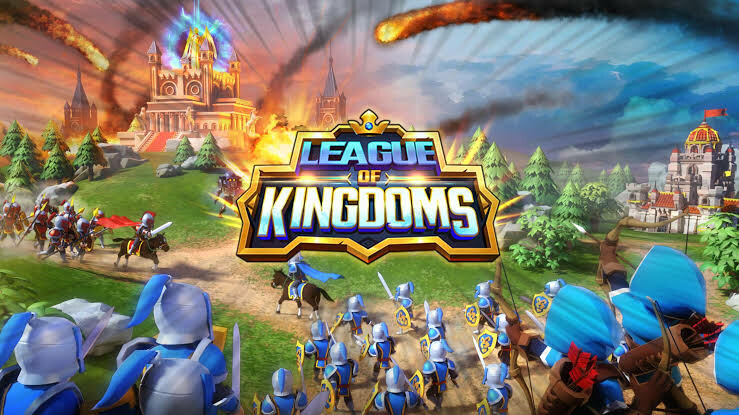 The game offers a typical and very common MMO strategy where the players are tasked with building their kingdoms, forming alliances and troops to compete against other players in the game. The differentiating point that makes this game different from the others is the pattern and way it implements the blockchain network and technology to engage its users. All lands in the game are real estate NFTs embedded or minted in Ethereum's blockchain. The player is allowed to build, trade and earn rewards by owning lands, players can elect leaders and can vote on features and mechanics that they wish to see in the next update and choose their way of governance. The game is playable on android, ios and any modern day browser.

Zed is one digital horse racing game on the blockchain, yes it sounds pretty interesting. The real game is to breed and train the strongest and fastest horse in the game. The racing part is just how the game is designed, each horse in the game is an NFT that carries a unique DNA, this DNA determines the horse's racing ability bloodline and rarity. If you are not for all this or just want to watch some horse races then you can head over to zed runs official website to watch live horse races. This game is playable on android and any modern day browser.

Crypto Fights is a turn-based fighting game with excellent mechanics in which you can battle with other players for XP, loot and earn rewards, the mechanics are inspired by dungeons and dragons. The players allowed to start as a single player in the story mode to gain some experience, weapons and ability points and after that you may enter the PVP matches and tournaments. The skills and experience as well as the weapons you equip yourself with can greatly affect your chances of winning in the game. The game's open beta version of the game is available on PC and android platforms. 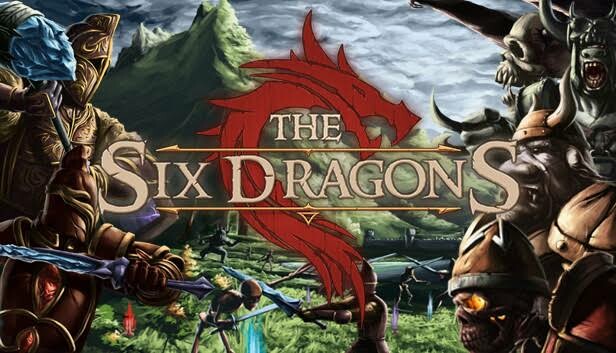 This game is an open world RPG with a billion randomly generated dungeons spanning over 256 square kilometers. The player wakes up in a mysterious world and is all set and ripe for an exploration ride raid dungeon and craft various items needed for survival. The selling point of this game is its crafting and item management which are NFTs on the blockchain and can be sold, traded and also earned from. The early version is playable on PC.