Stress might be the cause of horrible dreams most times. 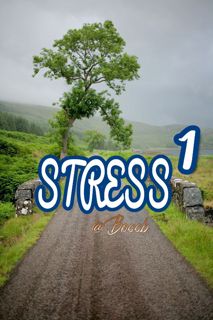 Cole is an engineer. He works in a company that deals with heavy metals. As a supervisor, he is always busy making sure that all things turned out well. He has little time to care for himself based on multiple jobs to be done.

One day at work, Cole was supervising and was stressed out. He decided to take a rest. He lay on a bench resting and he fell asleep. Cole found himself in a thick bush where no one was seen enacting. He was so confused and scared as he looks out for a way out. He keeps walking as he heard some voice murmuring. The more he walks the far the voice. He stopped and start shouting for help in the bush.
Cole: "Can anyone hear me?"
Cole: "Hello o?"

Suddenly, there was a big shake in the bush. The voices keep coming nearer. Cole was half dead as he didn't see anyone coming while the bush keep shaking. He began running back to where he started. As he runs, he would find himself back where he just left off.
Cole: "Somebody help!" He screamed and bent on his knees as he cried.

A hand from nowhere touched him from the back. He jumped up and shouted, "who touched me? he asked." No one speaks. He becomes more afraid and ran back. This time, he found a big river with a canoe. Cole was surprised as there is nothing like that since he had been running. He looked around and shouted, "is anyone here to help?" Everywhere was silent. Cole began to ask questions. "How did I get here? Who will help me out of this place?" As he was talking, the bush started shaking again. He ran quickly and enter the canoe. To his surprise, the canoe starts moving without control. Cole screamed and wanted to jump out of the canoe. It was impossible as the water turned to the ground whenever he attempted to do so. Unknown people were laughing in the canoe where he sat and fish were jumping in and out of the water. Cole becomes cold and sick.

The canoe gets to a point and stops. Cole jumped out of it. As he was looking at the mysterious canoe, the water dried and the canoe disappear. Cole began to run again in fear. He ran and fall over. He broke his arm and injure his knees. He was pained and terrified. He was there groaning when six young boys arrived. He called them to help him but they pretend as if they didn't see him. He raised his voice more to call them, but they looked away. He managed to get up and followed the route the six boys followed and to his surprise, he saw a large crowd of people from afar feasting.
"What are they celebrating? he asked." He tried to go near and see if he can get help. The more he walked, the far the place. Cole determined that whatever happens, he's ready to fight for his life.