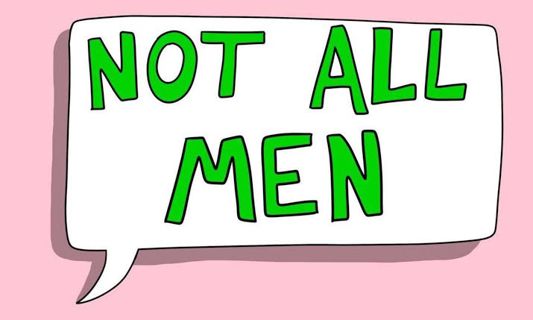 Few days back, an incident took place in my country, in which a Tiktokker girl claimed to be harassed by 400 men in a public place. Later on she was exposed and all sympathies, she got from some people died too. She just created all that fuss to get fame and have more followers (I just don’t want to go into details)

Such kind of people defames the name of their country and get nothing at the end. Unfortunately, this trend is getting stronger that we as a nation have become irresponsible and start judging people and incidents without getting into details. Why can’t we just wait for the things to be clear? Specially on social media, it became a hot topic. The topic of discussion was “All men are same’ Unfortunately, many educated women in our society have become judgemental and start blaming all the men whenever some incident takes place, and the people who tried to defend by saying “Not all men” faced too much criticism (Including me)

The Interesting thing is, when I tried to give my point of view on some post on social media that all the men are not same, I was blocked from the admin at that time (just imagine) So I decided that time to remain quiet on that issue (I was afraid of being kicked out of all social media groups)

My mind was not ready to admit that all the men of this world have turned into evil people? This kind of mind set only spread negativity and frustration in society. So we should avoid being so negative and judgemental.

Few days back, we visited some historical places of our country. While moving there, an incident took place which motivated me to write this story. My friend and I decided to enter into a holy place while our husbands were having rest outside. When we entered, we found out that place too much congested and full of men. We got stuck there and left with no option to keep on moving forward. Although, I found nothing wrong there, but got scared and stopped at the corner of the stairs with my daughter. Suddenly, a young boy who was just going to cross me stopped and told me to move forward.

“Please move forward. Otherwise you will get stuck here, move on and I will stop all the men to move after you”

I believe, still humanity has existed and there are people who know the worth of women and respect them.

No doubt, moral of society is getting lower day by day. But still, it does not mean that all the world is turned into evil minds. There are good and bad people everywhere, and why blame only one gender? Other maybe is responsible too in creating frustration in society. A lot of incidents take place everyday, everywhere in the whole world.

But all we need is to become the responsible citizens and stop judging people.