ENEMY IN THE HOUSEHOLD

Don't be shocked that a family could be an enemy. Knowing them will help to be careful in one's doing. 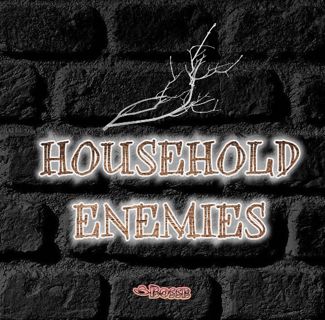 Have you read about Joseph in the Bible? How did he inherit his enemies right under his roof? Did he offend them?

I've to pick this particular person as a case of study and as an eye-opener. Joseph was a son just like every other son in Jacob's house. He was a dreamer. Whenever he had a dream, he will tell his half-siblings and his father. He's not the problem to them but his dreams were. His dream is always on being leading while others follow. Joseph wasn't the first of all sons; why will he lead while others who senior him will follow? That's an issue and this results in enemies in the household.

Joseph was so innocent that he was always excited to share his dreams with his family. His half-siblings couldn't hide the jealousy that they made a plan of selling him into slavery without their father's consent. They did succeed in selling him and that launched him into leadership as dreamt. Enemies can be generated at home ignorantly or cognizant.

If Joseph knew that his brothers were not happy with his dreams, he would have been quiet for a very long time. He knows nothing about life. He's unaware of the evils in men. He was so innocent to share everything with his household. The end of his story was good but the journey was dreadful. What if he was killed by a wild animal where he was kept before being discovered? What if those who bought him sold him to another country where he was not needed? What if the lies against him end him in the tomb? Will his story be still good to tell?

Enemies from distance can be more reasonable than enemies from the household. Imagine discovering close blood auctioning you out to dangers. The shock and pain will make one scared for life. The disappointment will be enough to trust no one. Someone who is meant to rescue one from dangers endangered one's life. Someone who is meant to be a fence for backup turned a wind. Imagine the trauma, deception, and trouble.

Do you know that Joseph welcomed back his brothers despite all they did? What a bond! He did welcome them back and accepted them as his family because he triumphs. He knows them as his enemies and they have nothing left to do to him(known enemies will be scared of one). He lead them and feed them as dreamt. Household enemies most times lead one to fulfillment. They help to discover oneself which helps in the going.

Household enemies might be the biggest shock in one's life, but they're needed to be out of limitations. If Joseph remains in the house, he wouldn't have been relevant in his home and another country. His dream might remain in the cloud. Many are victims of similar cases to Joseph's story and they are doing well today. Don't be scared of household enemies but rather stand to take a seat as a king and rule your world.

No one will live without enemies but the grace to withstand them all to take the crown is all needed to work for. Disappointments from loved ones shouldn't be a barrier to being you anytime, anywhere, and any day. It's okay to reason the pain but not too nice not to make it a gain. Remember, Joseph won because he focused on his dream only. Household enemies or not, go for the crown and come to show them you did it!