Alaketu of Ketu, His Imperial Majesty Oba Ajibade Adebowale Adekanbi Adegbite, ORIMADEGUN 1, proclaims that he is not fighting for himself but for Yoruba. 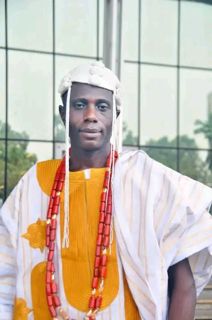 Alaketu of Ketu proclaims: 'I am not fighting for myself but for Yoruba'

Alaketu of Ketu Yoruba land, His Imperial Majesty Oba Ajibade Adebowale Orimadegun 1, said he is not fighting for himself but for Yoruba. We have not forgotten so soon that before the coronation of His Majesty, there were challenges he faced. The archenemies and ill-wishers tried to kill him, though knowing fully he is the right one to the throne. The crisis worsened that they pursued him with AK-47. The moment he was betrayed by his close ones. The monarch noted that the only people who can betray you are the people you trust. The abandonment of his close ones, who are full of jealousy and hate, signalling his willingness to stand firm and strong. They ran away. That is why one has to know betrayal is a part of life and can better future relationship.

The people behind the move oftentimes visited some Yoruba monarchs in the Southwest not only to lobby them for recognition but also to install one of them as a tantamount Alaketu of Ketu. But Heaven befriends the justice side. God eventually gave his Majesty triumph over his adversaries and rivals. He assumes total preeminence befitting the royal office. No doubt, the traditional paraphernalia of royal office makes him thick beyond an ordinary person, and thus he is addressed as the Alaketu of Ketu.

His Majesty has a considerable number of supporters. Different support from different kings in Osun, Ogun, Oyo and more, who regard him as Alaketu. Several royal fathers and major traditional titleholders in the Southwest strongly support Oba Ajibade Adebowale, and disassociating themselves from the illegal king who parades as Alaketu. They said it is a sorely abhorrent facade.

By far, the high-level endorsement came up from the office of Ooni of Ife who recommended him grandly. A representative in Portnovo and the current Oba Onikoyi of Ikoyi Ile, Ajase in Portnovo came to greet and offer him support in 2018 in Ile-Ife. His Majesty said Onikoyi of Ikoyi Ile prayed for him that he would be the next Alaketu of Ketu. This was before the late Alaketu passed away. A major controversy that the adversaries refuse to accept him as their new king, the Alaketu of Ketu Yoruba land. Oba Ajibade Adebowale stands to fight for Yoruba as a true king, to protect the history and tradition of the Yoruba race. His Majesty is not just Oba, but one who has source. He is a true son of Yoruba who can speak Yoruba fluently.