Not all people who appear to be friends are truly friends. Many are evil with the imagine of an angel. 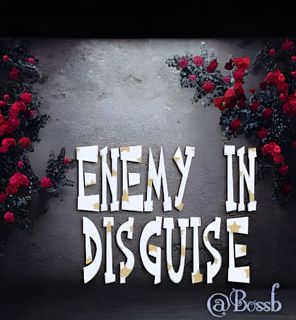 The enemy in disguise is someone who appeared to be a friend with negative motives. Such people can appear as angels just to carry out their assignments. They tried to get to you by all means as friends and end up shocking you.

Martha who didn't like keeping friends tried to keep one as she was advised to have at least one friend that she can confide in. She did listen and become a friend to a lady that has been trying to be a friend. The friendship started on a platform of trust, love, care, and respect. Martha would never stop talking positively about her friend whenever she was opportune but this her friend will not stop at any length to badmouth her. Martha didn't hide anything from her friend as she thought she is a good person that she can count on anytime but her so-called friend conceals 90% of hers.

Martha was working in a big organization while her friend run a small store. Whenever she asked for assistance she constantly supported her but her friend don't appreciate it as she always gives negative comments about her whenever she was with other friends. Martha keeps doing what she does with pure heart while the disloyalty from her friend continues. One day, Martha was taking a walk when a lady approached her. The lady asked if she can spare her little time to talk to her and she agreed.

The lady told her that she was a friend of her friend. She told her that she has been probing her for some time now and that all she heard about her seems not to be true. She told her that her friend used to tell them so many negative things about her. Martha couldn't believe what the person was telling her. She keeps asking the lady if she was sure and the lady affirmed it. Martha felt bad for hearing that. She didn't stop doing good for her. She only limits her closeness by using work as an excuse.

One fateful evening, Martha was resting at home when she heard a noise. The noise was so much that she needs to come out of her building. She saw her so-called friend pushing to the right, left, and center. Two of her friends were shouting as they are pushing her. One of them said, "you're a devil in human form". The other one said, "it's now glaring that your friend Martha whom you claimed to be bad is not". What causes a fight was her putting the head of the two together. The fight brought up Martha's case and it get to her as she witnessed it all. She was so disappointed in her and the relationship ends up right from the scene.

Not all who want to be a friend meant good. Some just want to get close, know a few things, and add to it to use against you. Beware of friends' enemies and discharge them stylishly.