Being silence of one's achievements is to activate new ones without troubles. 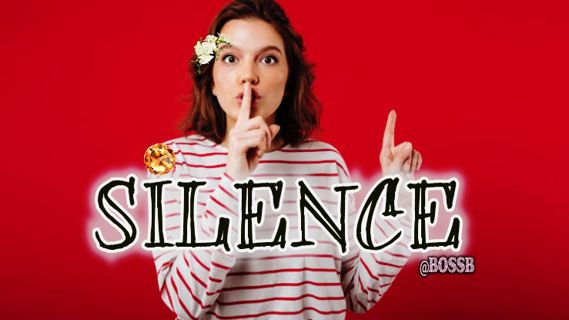 Silence is the best for litigations (actions). Mr. Ahmed decided to do things silently and it earn him respect. Mr. Ahmed was a famous seamster (tailor). He got a shop in a strategic neighborhood and thereby, has a lot of customers. He did specialize in both male and female clothes. He has trainees that make work easy and perfect.

Mr. Ahmed makes a lot of money and those who own shops where he was working become jealous of him. Plots were going on to chase him away from the shop. Mr. Ahmed noticed this and make a plan. He planned to purchase land, build a house, and shop on it. Those who are envying him keep envying and plotting while he was working on his plan silently. Mr. Ahmed purchased land opposite his shop. The seller was out of the country but commissioned it to his lawyer. The payment was done in the lawyer's office and all necessary documents were given to Mr. Ahmed.

Mr. Ahmed gave the contract to an engineer and work began on the land without anyone suspecting Mr. Ahmed as the owner. Aside from his wife and a bosom friend that has been advising him to do such. The house and shop were perfectly designed and people start talking about the building. Some said it must be the possessor coming back home while few said maybe it has been sold out.

Mr. Ahmed moved into his house and vacant the shop very early one Sunday morning. Since Sunday is a day many relax from work and spend time with friends and family, many shops were closed. Mr.Ahmed has submitted the key shop to their landlord and told him that he has built a shop opposite. The landlord was surprised and congratulated him. In his words, he said; "you're doing something huge like this and you didn't inform me as your landlord." In his response, he told the landlord not to be offended that it is a surprise.

On Monday morning, shops were opened while Mr. Ahmed's shop was closed. Jealous neighbors start gossiping about what could have been wrong with Mr. Ahmed for not opening his shop before them (he used to be there before them). No one observes the new shop opposite with cool lights, and dazzling materials. The landlord came to show a new tenant the available shop and many were shocked to see that the shop was empty. Questions arise, "do they burgle his shop?" "Did he relocate?"

Questions were flying like a kite in the sky when the landlord told them he is now a landlord opposite. Many don't believe the news as Mr. Ahmed didn't make it known even when work was going on on the land. Mr. Ahmed finally stepped out of his compound to thank the people as they were shouting his name. He bought them drinks to celebrate his new home and shop. Many talked about how he achieved it without showing off and this earn him more respect in the community.

Silence is a great tool for alarming achievements. Do things silently and they will speak for themselves loudly.