9 Proven Benefits of Semen that will Blow your Mind

Ah milk. The Dairy Council spends billions of dollars each year promoting the benefits of this cold, white drink. But have you ever wondered about the benefits of man milk? Yes, you read that correctly, man milk, aka semen. As crazy as it sounds, semen has a multitude of benefits stemming from the minerals and nutrients it contains, and those seminal benefits can be passed directly on to you. That’s right; we did the research and now we’re here to present you with the facts. 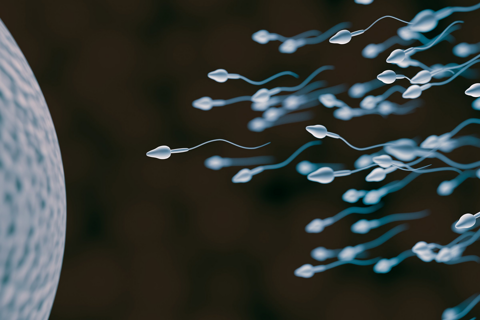 Is it Healthy to Eat Sperm?

Perhaps you’ve recently swallowed some baby gravy, or you enjoy drinking that man milk routinely. Regardless, you’re looking to find out if this creamy substance will provide you with anything more than a slightly sour stomach and a faint acidic aftertaste. So let’s take a dive into this sticky subject, and see the benefits that it offers.

The vaginal and rectal linings are very absorbent, so either one is a viable route for soaking up the nutrients in your man’s spunk sauce. 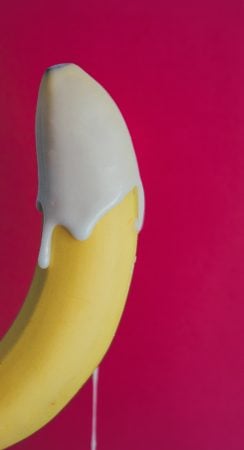 Semen contains quite a few components that have been studied to show anti-depressant qualities. One of these is nerve growth factor. Its primary responsibility in semen is to help relax the female so that the sperm can achieve its reproductive objective. It’s also been shown to be a vital hormone missing in the brains of those who suffer from Major Depressive Disorder. This means that increasing nerve growth factor would only prove to make people happier. Additionally, nerve growth factor has been found to be an anti-inflammatory as well as an antioxidant.

Semen contains mood-enhancing compounds like oxytocin, progesterone, estrone,serotonin, and melatonin. Oxytocin is also known as the “cuddle hormone” because, when released, it makes people feel more affectionate and connected. Progesterone has been shown to have anti-anxiety characteristics. Estrone piggybacks on serotonin to help enhance moods, and melatonin helps relaxation occur.

A study backed by the SUNY institute found that female college students who received baby batter on a regular basis were happier and less suicidal than those who didn’t. Researchers chalked this up to the mood-enhancing benefits of semen, however, they didn’t take into account any other factors, like a happy home life, being successful in school, or, I don’t know, getting raw D on the reg. Sounds like a pretty good place to be in life, and it sounds a little irresponsible to claim that the happiness of these women was directly dependent upon getting 20 ccs of white gold injected into them without taking any other factors into account. But what do I know? I’m no scientist. I’m just a chick writing a blog post about the benefits of man mayo. 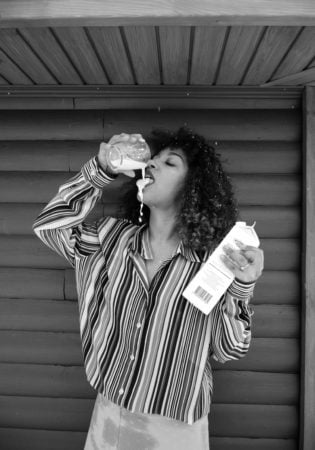 We know this might be hard to swallow, but yes, semen can make you live longer. Spermidine (originally isolated from sperm, hence the name), when ingested, has been proven to dramatically increase the lifespan of animals by as much as 25 percent. In the same study, it was also found to prevent liver disease as well as liver cancer.

Nerve growth factor does a lot for the body. In addition to being an antidepressant, an anti-inflammatory, and an antioxidant, it’s also known to help stop the brain from aging. Nerve growth factor, which is very abundant in semen, is vital for maintaining the brain’s neurons. Neurons process and transmit information; they’re what make your brain work. Survival of these neurons is essential for you to have a working brain! Who knew that giving brain could affect your brain in such a positive way?

Have you recently taken a vitamin deficiency test (maybe on HealthLabs.com), and found that you were lacking in a few vital nutrients? Well get a spoon and ask your man for a plate of some nut butter, because semen is chock full of zinc, potassium, magnesium, calcium, and citrate. The nutrients get absorbed in your body like a less expensive vitamin shot (see ya later, Jamba Juice). 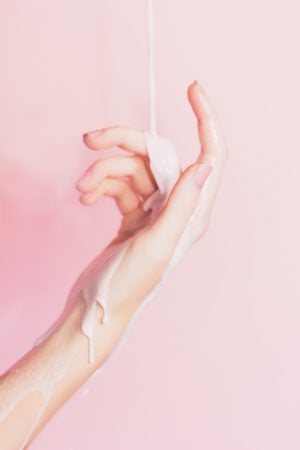 Looking for an alternative, all-natural teeth whitening solution? Forget the charcoal; check out your man’s chubby. Although it’s not the white paste you’re used to putting on your toothbrush, semen has loads of zinc in it, which is a natural teeth whitener. Zinc’s seminal job is to aid the sperm’s survival. But that doesn’t mean that it can’t also aid the survival of your pearly whites.

Have you heard of a keratin treatment? Basically, you pay someone hundreds of dollars to put protein in your hair to make it stronger. Well, did you know that there’s a source of protein that you probably haven’t considered? Semen has over 200 different kinds of protein in it which can give your hair the strength and shine that it so desperately needs.

Semen also contains spermidine, which, when used on human scalps, has been shown to promote shaft elongation (LOL) as well as prolonged hair growth. Even though semen may be the one thing that you’ve actively tried to keep out of your hair, go ahead and consider this DIY hair treatment the next time you want to give your hair some life (get it?).

Spermidine is back, baby! In addition to increasing longevity and aiding in healthy hair, spermidine is an antioxidant and is great for the skin. It’s believed to smooth skin, lessen wrinkles, and even diminish acne. In fact, companies sell spermidine-derived facial cream for upwards of $200! If you’re not looking to spend that money, a money shot would be a cheaper and more natural alternative. 😉 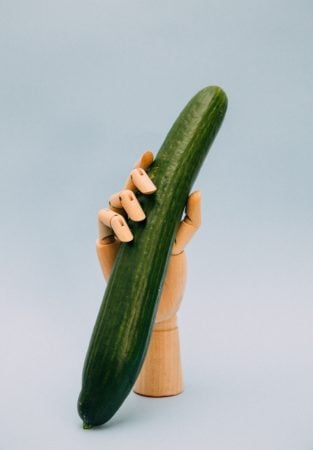 Let’s say you’re a man reading this blog post, and your partner doesn’t have a penis, or your penis-wielding partner isn’t willing to give you a nice, cold glass of man milk, so the only readily available source of semen is your own. You should be able to get some seminal rewards too! Sure, go ahead and smear it on your face and in your hair, but does the thought of drinking your own kool-aid or shooting it up your butt disgust and terrify you in ways that you’ve never felt before? Not to fear! There’s a way for you to utilize your own love juice, and it involves loving yourself.

Injaculation, or “retrograde ejaculation” is the process of releasing your semen inside your own body. When nearing close to an ejaculation, instead of allowing the splooge and all of its benefits land on an ungrateful sock, you release it in retrograde, or back inside of your body. It may sound painful or unnatural, but it’s not. Taoists have practiced injaculating for thousands of years, as well as certain sects of Buddhism, Hinduism, and even ancient Egyptians! So go on, show yourself some love.