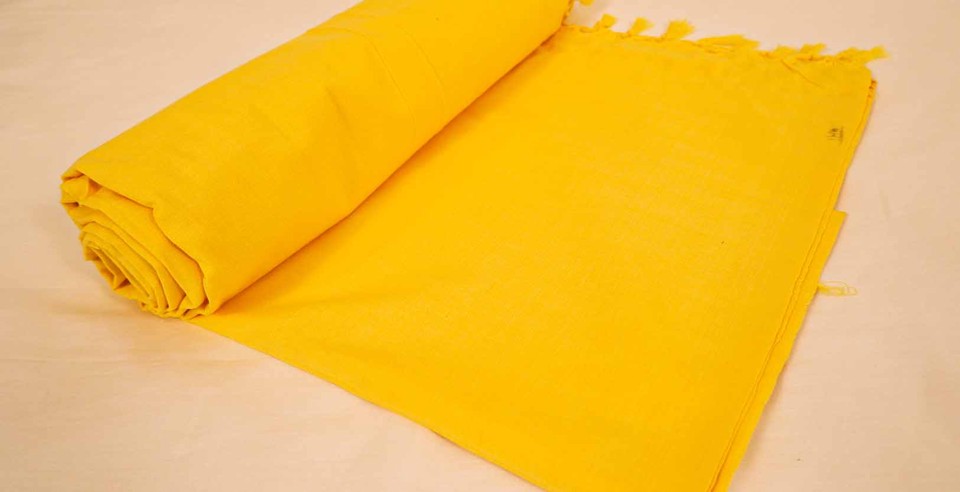 Bhagalpur is the second largest city and “The Silk City of Bihar”. The history of this city is about two centuries old. From ancient times this city is famous for its handloom products. The handloom weavers of Bhagalpur are engaging in this work. And they are passing these skills to the next generation for ages. This traditional handloom weaving process was started in the Vedic age by some craftsmen for the rulers and their families. The handloom product made by the Bhagalpuri weavers was appreciated by the rulers. Slowly, it started gaining popularity and made an identity in the entire country.

Until 1608 when the Britishers arrive in India the Bhagalpuri Silk product was very famous and the handloom weavers of the city were making a good living for themselves and their family members. But after the arrival of the Britishers, the demand for the Bhagalpuri Silk product reduced very fast, and soon it was out of the market. The low demand for the product made a great impact on the weaver’s life.

The result of this drastic fall in the market was that many weavers lost their mode of earning, because of which some weavers started doing the labor work while some others became vegetable and fruit sellers and vendors. Also, some weavers moved to other cities and states in search of jobs. Moreover, the Because of all this sudden change, the city weavers and the product lost their glory.

Present scenario – Back in trend

After India’s independence in 1947, the products made a comeback in the market but it was not as successful as before. One of the main reasons for its failure was that the country’s economical situation was not in a good state. After almost 50 years of Independence, handloom products made their identity again in the market.

The launch of Atmanirbhar Bharat Mission and Vocal for Local encouraged the local people of Bhagalpur city to start their traditional weaving work once again and make it their mode of earning. These missions motivated people to continue their traditional work and earn a better living from it.

Bhagalpuri silk Chadar is apparel made up of Viscose Material which is a cotton and silk blended fabric. It is mainly made by the local native weavers of the Bhagalpur district. These weavers are engaged in this work for ages now. Two 100 percent staple yarns are twisted together to create this traditional chadar. The specialty of this chadar is its fabric, which makes it an all-season all-purpose chadar. Also, because of the natural fabric only it is an ideal product for newborn babies and young children. The cotton material makes it comfortable and long-lasting. Whereas because of the silk fabric this chadar has a silky soft touch.

Bhagalpuri silk chadar is a multipurpose chadar that is used in different seasons and for multiple different purposes. Some use this chadar as a comforter, A. C. Blankets, bedsheets, and coverlets. While others use it as Shawl, Stole, and Safa. Also, it is use for wrapping up small babies, elderly people, for traveling purposes, and many more.

This traditionally built chadar is available in many color options. In addition to the traditional Bhagalpuri dull yellow chadar Red, Pink, Blue, and Bright yellow color chadar are on the market. Moreover, a different type of Bhagalpuri Chadar, which is present in two colors is also available which is created by twisting 2 or 3 color strip yarns together and is known as Patta Chadar. Patta chadar is available in colors like Patta Red, Patta Green, Patta Pink, Patta Blue, Red- Green Patta, Red- Blue Patta, Green- Pink Patta, and many more.

The Bhagalpuri Andi Chadar is in very high demand because of various features like fabric, long life, color availability, multiple-purpose use, traditional weaving process used, etc. Being an Indian product, it has demand in India as it is ideal for every age group. Newborn babies and kids are wrapped in it. Elder and old people use it as a comforter, and homemakers use it in as a bedsheets and A. C. blankets. Women and girls use different elegant colors Bhagalpuri Chadar during Spring and Autumn seasons as Stole and Shawl. Apart from India, people from Muslim communities and countries like Arab and Iran use it as Safa which is used to cover their heads.