Is the great wamen 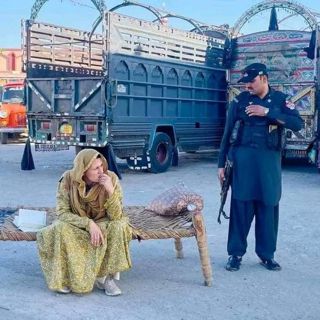 This Bibi who is sitting on the bed is the Additional Deputy Commissioner Miss Qaratul Ain Wazir. When she was told that water is going to enter Nowshera in the next 8 hours, instead of telling anyone, she went from her house and told the people. He said to pack the necessary things quickly and reach where you have arranged, many people left immediately but some people did not pay attention to the announcement, on which Miss Qarat-ul-Ain Sahiba picked up a stick and knocked the doors and forcibly took them out. The team was taken along to help in keeping the goods, using the wheeled cart, the transport that was available, the whole area was evacuated before night and delivered them to the specified places. They were empty so there was no loss of life.