Rescue personnel drive through an intersection covered with floodwaters from Hurricane. 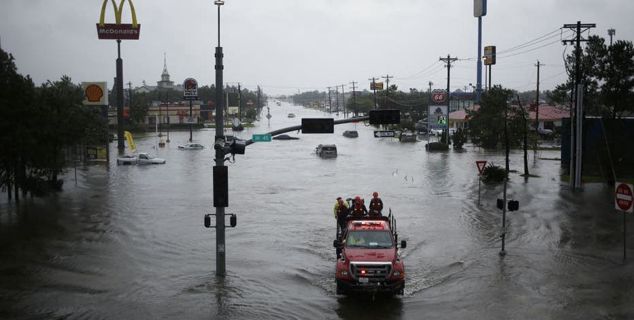 Rescue personnel drive through an intersection covered with floodwaters from Hurricane Harvey in Dickinson, Texas, U.S., on Tuesday, Aug. 29, 2017. Estimates for damages caused by Hurricane Harvey are climbing with the storm poised to regain strength …

Morales is referring to a flotilla of private boats manned by Texans and rescuers with the Cajun Navy.

"It's just an incredible spectacle of compassion, courage and folks just doing the right thing, getting people out of harms way to higher ground to a place where they can rebuild their lives," reported FOX 26's Greg Groogan who witnessed dozens of the rescues from his position on I-45.