Read about the best actors in Telugu Cinema with HYD7AM.com 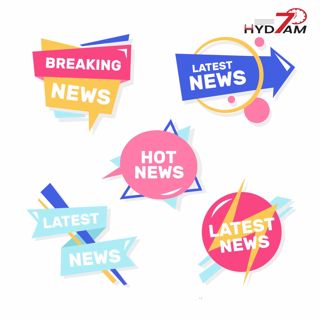 Tollywood News: Over decades, Telugu cinema has produced a huge number of films than any other industry in the country.  The Tollywood or Telugu cinema is one of the largest as it produces over 200 films every year. And there are some top actors who made Telugu Industry so famous and their acting is rolling out in the country as well as in other parts of the world. But here the question came, who are the all-time top Tollywood actors? Meanwhile, the actors whose fame never gets fades and are always in the audience’s heart. Here we are coming up with the list of those all-time Telugu actors.

Chiranjeevi- everyone’s favorite, all-time best actor, a renowned south Indian actor, and the first Telugu actor to be called to the Oscar awards presentation. He rued over the Telugu industry for over 4 decades and still is the best and all-time favorite actor. The south Indian people or the people of Andhra called him a megastar with all of his love and affection.

Akkineni Nagarjuna- is the name you have heard always, the best list is incomplete without these two actors. Nagarjuna started his acting career as a child artist in the movie Sudigundalu, and since then he continuously worked hard and wins the audience’s hearts with his blockbuster movies such as Siva, Boss, Mass, Manam, and many more movies out there. Apart from just acting he has also hosted some television shows.

Daggubati Venkatesh- the actor who rolled out the South Indian film Industry over 3 decades. Venkatesh is popularly known for his acting skills and his work in the Telugu Industry. He also has done some work in Bollywood as well. Some of the best roles can be seen in Nachav, Nuvvu Naaku, and Gharshana & Raja.

Nandamuri Balakrishna- you heard the quote, old is gold, which is really true for the actor Balakrishna. He is rolling out the Tollywood cinema for 4 decades, meanwhile over 40 years. Nandamuri Balakrishna has featured in some movies like Simha, Pandurangadu, Narasimha Naidu, and Sri Rama Rajyam. He is also famous for his dancing skills and admired for his work. Some of his blockbuster movies are Mangamma Gari Manavadu, Muddula Mavayya & Nari Nari Naduma Murari.

Ravi Teja- the actor’s real name is Bhuapatiraju Ravi Shankar Raju. He made his debut with Krishna Vamsi’s Sindhuram which got him extreme fame, some of his best works are Vikramarkudu, Veera, and Kick. Even presently, scenes featuring these films are enough to cure distressfully.

HYD7AM.com brings you the latest Telugu Cinema News Updates including Bollywood and Kollywood news along with Political news, Sports news business news and so on.