Uche was a campus student who was going through a hard time in school after the deaths of her elder brother and father. Although she grew up in a godly home, she deviated from the path her godly parents wanted for her to take. Despite the warnings, she got to turn back to the right path, Uche continue down her ungodly path until she encountered danger in a form she never expected. 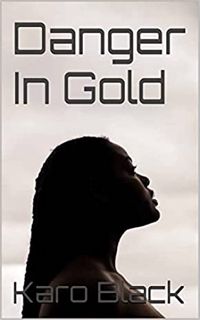 School life had not been easy for Uche. Especially after she had lost her father, and had to get a job working as a waitress in a hotel in Benin city, Edo state.

She had been born and brought up in a Christian home. Mountain of fire to be precise. Her mother was a head usher in one of their branches. And her father had been a wavering man in the faith.

Uche sighed deeply as she opened the door to her one-room apartment. The surroundings looked like a dump, with so much litter on the ground. The compound was rough looking because of the tall grasses that had taken residence everywhere.

No amount of complaints had stirred the caretaker into doing his job of clearing away the overflowing trash in the compound, or the tall grasses.

Some of the apartments in the compound had sunk halfway into the ground. Some had stains on the walls signifying the effect of rain on them.

Uche dumped herself and her bag on her student-sized bed. She had just finished her classes for the day and had to hurry home to eat, and maybe nap a little before she prepared herself for her night shift at the hotel.

"it's not as if I have much left to eat anyway. I ate what's left of the bread I bought yesterday, last night. At least, I still got beans and a cup of garri left." she soliloquized as she got up and helped herself to the last meal available in the house.

Things had not always been like this for her. Her family had been comfortable. They had always had enough to eat. And they were dedicated to God. Everything was going well until her father lost his job, and had had to depend on her mother who sold foodstuffs. He could not cope with depending on her mother and it weighed hard on him.

Uche had wished so many times that that was what drove her family to where they currently were. Both spiritually, and physically. But things in life were not always so uncomplicated.

It had left her lost and had also placed in her heart a resolve that God does not exist, and she wanted nothing to do with Him if he does.

Life had shown twenty-four years old Uche its ugly side. She had been told it was a test of her faith in God, but she believed it was a sign that He just didn't exist.

She juggled work and school and had no time for a social life.

She had very few friends because of her introverted nature. But most of them were friends her mother would not approve of.

After that incident a year ago, she had changed from the sweet church-loving girl to a depressed and overworked waitress at a hotel.

With no father to assist in paying her fees, she had to start working though the payment was not enough. Sometimes she fed herself with the tips she got at the hotel. Other times she had to beg or borrow from neighbors or friends.

She was not a member of any fellowship in school. But occasionally she got invited to church services, she turned down all the invites without thinking twice.

Though each day she woke up with a burden in her heart to turn back to God. She ignored it.

The day she became a backslider, was the day the nightmares began.

That was the day, she started seeing him.