2023: It will be injustice to Nigerians if I refuse to contest for the Presidential election-Osinbajo

2023: It will be injustice to Nigerians if I refuse to contest for the Presidential election---Osibanjo 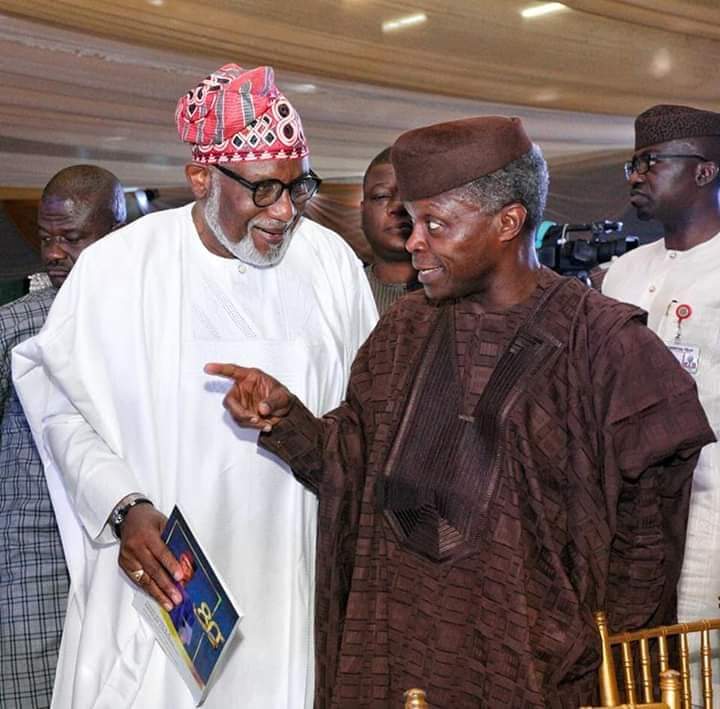 Vice President Yemi Osinbajo, on Monday, said he doesn’t want to retire from public service yet considering his experience in public offices over he years, saying it would be injustice Nigerians if he refuses to contest the 2023 Presidential election.

Osinbajo said this when he visited Gov. Oluwarotimi Akeredolu Ondo State in his office in Akure.

Osinbajo noted that he didn’t want to retire to his home town Ikenne in Ogun state or Lagos with his vast experience and competence.

The Vice President hailed President Muhammadu Buhari’s open mindedness in delegating to him serious tasks that had aided his experience.

He said that it was God that put people in power, but noted that it would be a betrayal of his country for him to retire with all his exposure in government.

He commended Akeredolu for the giant strides of achievements in the state.

“I am sure that everybody knows that I have formally declared my intention to run as president of the Federal Republic of Nigeria.

“I did so on Monday April 11th, 2022 and I did so because, first of all there is nobody that can bear anything God does not decide that he would be, only God can make a person president, vice president, governor, anything whatsoever.

“So, I believe the hand of God must be on anything we are doing, but I declared my intention based on first, the fact that I have served, again by the sheer grace of God, I have served for seven years and some months.

“President Muhammadu Buhari, just out of his open mindedness and his own generosity ensured that I was given very serious responsibilities as vice president and I also acted as president.

“Many times the President, when he was away, said pointedly to me that look, I don’t want to feter your discretion in any way, as acting president, you are president, just make sure you are fair and just, don’t refer anything to me, don’t ask me any questions, just do whatever you need to do.

“I think It will be a betrayal to our country, to our nation, this is a nation that many people died for, people died for this country, if I with all that have been given to me by the grace of God,retire quietly either to Lagos or Ikene and go and be writing my memoirs.

“It will be great injustice to our country, that is why I throw my hat in the ring and ensure I make the best case for the position of President of Federal Republic of Nigeria,” he said.

Governor Akeredolu received the Vice President at the Akure Airport and led him to his office, Alagbaka, Akure.

The deputy Governor, Hon. Lucky Aiyedatiwa joined the Governor to receive the Vice President at the Cocoa Conference Hall of the Governor’s office.

Other dignitaries present at the Cocoa Conference Hall include: members of the House of Assembly led by the Speaker, Rt. Hon. Bamidele Oleyelogun; the State Working Committee of the All Progressives Congress (APC) led by the Chairman, Engr. Ade Adetimehin; members of the State Executive Council led by the Secretary to the State Government, Princess Oladunni Odu, among other APC leaders.

Welcoming the Vice President, Governor Akeredolu said only God gives position, while praying that God gives the country the best in 2023.