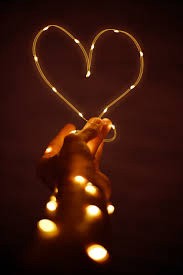 I really don't understand the working of the world just some time ago we were fighting for the female gender and we really went all out with that most of the girls are now living really good lives.

The gender equality campaigns demanded that girl child be given equal opportunity as boys that was a great success.

First there was a great deal of people and communities that were patriarchal and the women were to be submissive to all that men said or demanded.

Female genital mutilation (F.G.M)was one of those practices,in order to get married,a girl had to be circumcised else she would not get a suitor for herself. Can you imagine that the ones who started all this was none other than women themselves? Ironic isn't it?

When it came to jobs the females were not to perceive courses like engineering and other jobs that need alot of work and attention,it was said that a woman was to stay at home and do house chores alone. That seemed really boring😔.

Now all that has gone women have rose to the spotlight and are taking over the world using their fast developing brains. I hate to admit but men are no longer the rulers the women control every cell in their bodies.

For instance let's take a boy(A) and a girl (B). A,is a really hard working guy and does great in everything. B,on the other hand is a normal person avarage in studies but has one thing, beauty. Both go to a company that is hiring, the boss is a man, who will he hire? Most of the people will say the boy but nope the girl will be hired just because her beauty came in handy!

When I look at the education sector when 'A' scores a 'C' in the national exam and 'B' scores the same grade, I wouldsay that both will not qualify the university but because of the mission of gender equality the girl will go and the boy will remain in the streets thriving hard to get something for a living.

Such things have made the male gender to loose their power and fame. Most of the boys are now in the streets using drugs because of frustration. It is believed that men are meant to thrive and have no feelings, who came up with such mentalities?! Men are also humas they have feelings the can: cry,love,get angry and also get sad.

The world should throw away such thoughts and embrace the real gender equality where both genders are equal in everything. In homes,schools,jobs and all sectors of the world.