RUBBISH FREE BRAIN IS THE ULTIMATE ASSET WE ALL DESERVE 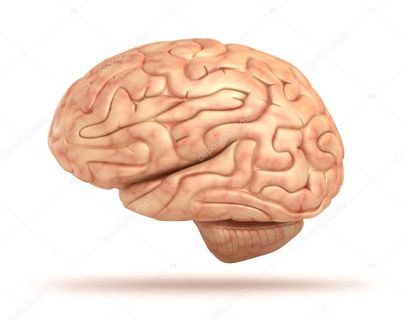 RUBBISH FREE BRAIN IS THE ULTIMATE ASSET WE ALL DESERVE

Every time we open our eyes, our brains record everything our eyes witness; it is the same when listening to sounds. Whatever experiences and situations our lives pass through at any age takes part on our brains’ memory. Not only our brains record, but also process all the information they hold and finally result in our activities of various forms as executions of commands by our brains from such process. Consequently, these exhibit mental stability or instability which largely depends on what our brains hold. Rubbish free brain is the ultimate asset we all deserve, because it is intelligent, hatred free and prosperous.

Rubbish free brain is the ultimate asset all people deserve, due to its intelligence. For instance, two students sharing the same class and age, but with different life styles would not perform   and develop in learning at the same level. Commencing with one whose family daily life is full of irregularity; their bed time keeps changing, wars and horrifying films are of their first priority, and appalling is that reading has no time in their life. This student’s night is usually disturbing as nightmare is what he always experiences thus no rest at all. He usually wakes up full of anger but without any obvious cause; but most surprisingly at times when he has reasons for happiness. All these made his learning process more questionable and converted him into an absent-minded student.

Taking a view at the second student whose family has a regular and calm sleeping time, and which only plays educative movies, with a habit of reading regularly and avoiding any useless information from taking over any given portion of any family member’s brain’s memory would turn with no doubt this student into a present minded and clever student. Dreaming when asleep, he would have a playback of the day’s lessons and this would be his revision, which always results in getting more possible marks in tests and exams. Active listening is in his ability and he only listens to reasonable talks and ideas and finally this would convert him into a boy with a vision. He talks only when necessary and often remembers his words.

Not only rubbish free brain is intelligent, but also hatred free. For example, one man insulted another while they were in a crowded place. The insulted man begun to wonder what he could do to erase this incident in the minds of witnesses and finally found nothing.  “Did I showcase any rudeness?” He said. No, I didn’t hurt him because I told him something very important to him. And the insulted man could not react or act before thinking twice and ended up asking himself the following:

·         What if I bit this person? No, it is not reasonable since I don’t know who is stronger than another, and this may result in being bitten too.

·         What can I do then? Simplify the case; otherwise you would be losing much of your valuable time that you might have used thinking on your development plans.

The man took his plan B and concluded this way; “maybe he might have had a trauma, this is why now I forgive him.” On seeing him smiling, they would live happily ever after. In doing so, he saved twice; a friend and a portion of his brain’s memory because one who hates him today may become his best friend tomorrow. Imagine if he hated him too; they would be like two people walking on two straight parallel roads that never meet.

Rubbish free brain is not only the ultimate asset all people deserve for it is intelligent and hatred free, but also prosperous. An example is that of a lady who runs a coffee shop. She would keep her eyes and thoughts on her business looking for possible ways to keep it on the top. She is not talkative like others, she only engages in talks that can help her move forward in terms of attracting and retaining as more customers as possible. When it comes to listening, she is so selective to the extent that she only listens to what benefit her. In this way, she can be able to remember beneficial information in the right time that are crucial to her move forward in every corner of her life, and all these translate into prosperity.

Preventing students’ brains from storing rubbishes contributes significantly to their overall performance in class and their brains development. All analysis intended to avoid storing rubbish on ones’ brain memory lead to a hatred free society and result in having enough time to devote into developmental undertaking hence, the wealth of individuals, nations and the globe in general.