Canadian esports teams have been on the rise over the years, and this shows a lot about the way the nation can house a lot of great teams in the future. 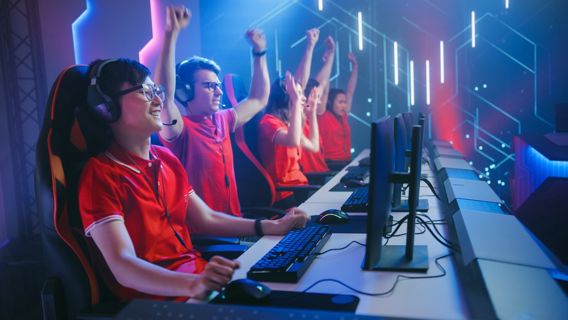 There are a lot of esports teams all over the world, and some of them won a lot of accolades in certain tournaments. These teams have set the bar for most games and have inspired a lot of Canadian esports teams in the past few years.

While some say that esports is only rampant in Europe and America, Canada itself has a long list of esports teams that are starting to make an impact in the bigger stages of the esports tourneys as well. 2021 just saw a spark of huge squads joining in the fray, so this shows a lot about the success that the top dogs have done to inspire Canadian teams.

Even though esports has been tough on some teams that failed to make a big break, it still inspired Canadian teams we know today. They were pleased to see the big stars play at their best on the world stages and show that they are also capable of winning games as well.

Esports Canada has been rising over the years, and this is a good look at how the nation may have its own set of teams that would go all over the world. It is all thanks to these esports giants that have changed the way new teams and players are approaching their careers.

The pride of France and known as a team that has set the standard for winning in various games, Team Vitality’s impact goes way beyond just inspiring Canadian stars. The team was founded in August 2013 led by Fabien Devide and Nicolas Maurer. These pioneers led to the rise of many teams in various games all over Europe and India.

The team is known well for their success in League of Legends and are consistent winners in the game. The team’s squad joined the LoL hype late in 2015 when they bought the spot that was supposed to be Gambit Gaming’s that time.

The team also has other squads in big games such as Call of Duty: Mobile, Counter-Strike: Global Offensive, F1, and FIFA. Their squads in Fortnite Battle Royale, Hearthstone, and Rainbow Six: Siege are also known for their success in the games.

Astralis is one of the top teams known for their success in Counter-Strike: Global Offensive. This organisation also has teams that play in big league games such as FIFA and League of Legends. This team is one of the top squads that made history in the Valve shooter game as well.

The Danish team stepped into CS:GO in 2018 and joined the ELEAGUE Major in the United States. The group stages were played in Atlanta while the play-offs were held in Boston. Astralis reigned supreme that time but fell short and lost to Mousesports.

Astralis soon stepped up its game and became the first team in the history of CS:GO to win four Majors. They were praised by a lot of fans in CS:GO, and they played a huge role in the growth of CS teams in esports Canada.

As these two esports teams thrived over the years, this changed a lot of perspective in Canadian esports teams, and this shows a lot of hope for the future of the nation in the esports industry.