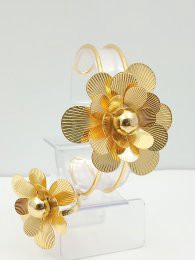 The day was dull and people were much that day, I was walking towards house when I met one of my friends, h2e was holding a paper in his hand coloured yellow with black notes, it was a description of a forthcoming competition that will be performed in the state."tell me more about this event". I requested. "it is a mathematics competition that will be performed, organised by a bottling company in this state, eligible individuals are ss 3 students and students in the higher institution, hundred level to be precise.The first of the competition would be done in Government secondary schools at zaria where the first fifty students with the highest score would be taken to the next round. The second round would be done in GTC events, Zaria where the first ten contestants with the highest scores would be taken to the grand finale. Then finally, at the last round of the competition top three students would be qualified and receive their prizes". I was standing like a statue looking at him surprisingly, I had already read in the paper that the prizes include:twi million Naira cash prize to the first runner up with a scholarship grant,two million naiea cash prize to the second runner up with a scholarship grant and five hundred thousand naira to the third runner up with a scholarship grant. I was really interested and happy, so I ran quickly to home. I was happy with my mother's reaction as she prayed for success for me. I quickly went to my brother to apprise him but I was disappointed by his reaction as he said:"do you think you are even going to win the first round of the competition not even talking about the finale, there are many maths gurus with maths skills, and they will emerge as the winners,stip even hoping that you are going to win". I was almost hopeless after hearing my brother's negative advice. But when I meet my mother, she would use touching statements to encourage me. It was around 9am when I left home for the registration of the competition, there were many interested students,some are my age mates while some are not. I registered successfully and I had been qualified. I returned home with my friends that registered and why chatted more about how we were going to organise a tutorial for the forthcoming competition we compromise on taking classes everyday after school.I had been getting different advices from several people, some people wished good luck for me and encouraged me while some tried to remove the enthusiasm of participating in the educational process. The day for the competition came, I sat for the exams and I was among the top fifty contestants that were chosen I wasn't astonished because I strove persistently achieve that goal. I sat again for the next examination and I am glad to tell you that I was among the top ten contestants that were qualified for participating in the grand finale. All this happened due to my courage and my diligence as well as my mother's encouragement, and also,I neglected negative advices and accepted inspiring ones. Luckily, I emerged to be the third runner up. This is the best lesson I learnt in my life and from that moment I started losing hope in life and I also advice everybody with a particular goal he wants to achieve, to be very courageous and once again, never lose hope.