An Ode To The Soul.

A sweet poem that tells us what the soul reflects and how it functions. 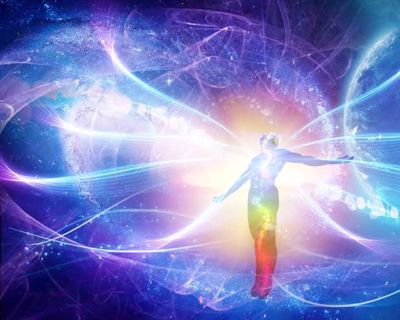 An Ode to The Soul.

Being an innate form, an infinite personality, a unique presence, that presents itself only to the senses, the afterlife where life becomes creative beyond the creative world.

Living in a deep state, a place far beyond space,...yet feels so close, almost as visible as a line when it's connected.

Like the feathers of a peacock, it spreads it's beautiful wings in love and fly touching the sky.

It shrinks at the sight of anger, hatred, violence and fear,

It has the highest frequency of network with which it connects to and through anyone, across distance, place and time.

The Bible describes it as your inner man, the real you....

It is said to be housed by the human body but it is the foundation of any human.

It is the only force that has no weight but gives so much weight to every other force.

Like Flip flop, it can take you anywhere, feeling comfortable and confident in what you wear.

It doesn't require any wires but it connects anyway,

Without any bulb it comes on and even when you don't turn on the switch it shines brighter than day itself....

It has been described in many languages, by science, religions and cultures as a lot of things but in all it remains one thing....THE SOUL.

It is the most beautiful presence that ever lived and still lives on.