This is a sad and a reality check poem, it shows how the end of life is processed. How the end of the body leads to the passage of the soul to the afterlife led by a Psychopomp, who is the guidance of souls to be taken to their judgement. 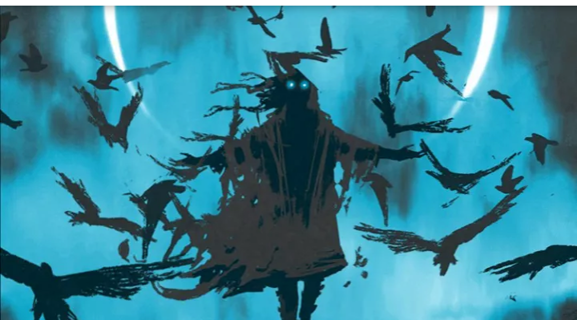 The cold steel to my grave, burn frozen flesh to my skin.

I was taken away from reality's blossom, and placed on a trip to nature's home.

Who would morn my goodbye, praying I find solace in heaven's laps.

But false tears of pain they still bleed, while standing above my plastered grave stone, my name written in bold steel writings, with their presence well tainted with glee.

But still, I could hear their corny mocks disguised with a facade of hurt, and "I" a scapegoat to their wrath, as they trap me underneath their cascading earth like a deranged lice.

But alas, they still preached of my extinct.

They wanted me gone, striking me loose from life's chains, as they breath and lived only for my fall.

And there I was, wrapped up to become one of the wind's dust, waiting for my stiff organism to be sent for the furnace, where I'll wither into ashes, until my final remains are scraped up to set at sea.

With a last farewell at death's race, I'm sat at the crossroads to my afterlife, a journey far long foretold, just left for Judgement's calls.

My shadow has been made a fool, while being poured shimmered sting of a tongue wanting nothing but my tales.

I was stuck, stuck in the abyss of betrayal, pain and regrets.

The stains to my revenge long lost to the wind.

But it was over now, now that the shattered entity whispers pained clarity at fate's feet, they had finally gotten their victory, with me as a reward to the wet soil.

They left me with nothing but the taste of earth, a sweet grasp to freedom, and there I laid drowned with the wind that led my soul to a psychopomp.

A psychopomp whom they said bears no chariot, but guides you to its realm through spiked greyish aisle.

And there you are left in an unknown darkness with no destination, just a realization drowned in you that you were nothing but a victim of circumstance.