How Important Is The Adoption Of Cryptocurrency

With the recent technological innovations trending, there is every need to include digital assets as one of the legal financial assets in the world today. 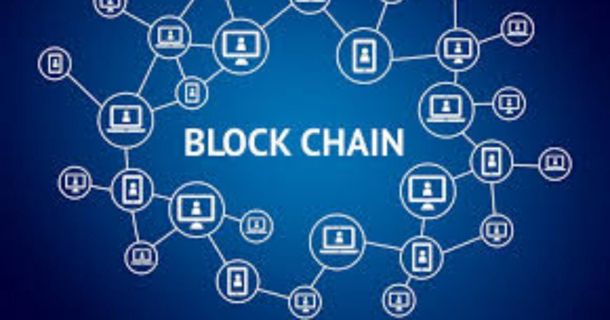 HOW IMPORTANT IS THE ADOPTION OF CRYPTOCURRENCY

The world today is gradually moving towards an online eco-system thereby going paperless. According to data, not up to 49% of the total number of countries have legally adopted or legalized the use of cryptocurrency. Reasonably, one cannot not underestimate the impact of digital currencies in the world’s economic growth, since 2009 when Bitcoin first surfaced with 0.06$ per coin. According to Investopedia.com, cryptocurrency is seen to be a decentralized digital or virtual currency that uses cryptography for security making it difficult to counterfeit. A defining feature of cryptocurrencies is that they are generally not issued by any central authority, rendering them theoretically immune to government interference or manipulation.

Critically, this content is meant to diversify into the real impact of the mass adoption of digital money and why there is a need to implore it.

One of the significant importances of cryptocurrency is its ability to store transactions in ledger which can be open to the public to view at any point in time. The details of the digital asset owners are also stored or encrypted in a database to ensure legitimacy of information. Take for instance, when the government of any country decides to go purely digital which will also include the financial details used to construct roads. This ledge will account for every fund used in the road construction, possibly identifies the users of the fund and ensure that the authorised body uses the fund in the intended purpose. This adoption of digital currencies will also track the transfer of funds which will significantly reduce the issuance of bribes in the public sector which accounts for about 1.5 trillion USD to 2 trillion USD every year. The economic development of the world will be increasing significantly as bribery embezzlement of funds is properly reduced.

If any government wants to run transparent activities in its government and among the citizens, then the legalization of cryptocurrency should be 100% considered a favorable move.

Cryptocurrency are designed with cryptography technology to ensure maximum security of its system. Cryptocurrencies are digital assets that are decentralized with networks based on blockchain technology. It works with distributed ledgers that are enforced by a disparate network of computers. When it is used as a mode of payment for a project, it will allow the identification of each user of the money, unlike with traditional modes of payment like notes and coins. Some of the digital assets like bitcoin, are anonymous and can only use a key to identify a user, it is possible to include personal information, like the ID number, and make the cryptocurrency non-anonymous. The technology cryptocurrency is designed to ensure maximum security of digital transactions through encryption and “smart contracts” that make the entity virtually unhackable and void of fraud. With inclusion of a secured technology like this, blockchain technology is poised to impact nearly every segment of our lives.

Blockchain technology is designed in such a way that the primary requirements needed to access it is an internet. This means that over two billion people in the world that do not have access to traditional exchange systems can access it with only the Internet.  These individuals are clued-in for the cryptocurrency market. The only things needed are smart devices, an internet connection and instantly you become your own bank making payments and money transfers.

The accounts are practically owned and managed by you. There is no other electronic cash system where the owner is given private access without second party involvement. There you can decide to trade, transfer, swap, stake your digital assets without seeking someone’s opinion. It is not like a traditional bank where the cashier will have to go through your account to determine if you have enough balance to power your transaction. Here it is built in such a way that the technology operates with you as the user. This improves the confidence in the involvement of citizens of a country.

The use of cryptocurrency also allows for instantaneous transactions and borderless transfer-of-ownership (“money with wings”), which reduces transaction time and cost, since financial intermediaries are not needed. Compared to traditional banking services, bitcoin has no storage cost. In the case of the transfer of money, bitcoin is better than fiat money. With the increase in the price of bitcoin, the transfer amount will also increase with it. But it will still be cheaper compared to Fiat currency. The cross border transaction with uniform value is not possible in the case of fiat money. But in the case of bitcoin, it is possible. The fiat money is limited to the borders of their respective countries. Bitcoin allows the movement of the currency without any restrictions. But in the case of fiat currency, this is not possible.