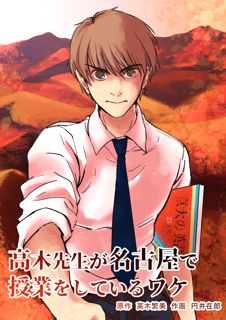 Six points to look for

to distinguish a good school from a bad one

Recently, schools have been getting a bad reputation. The reason for this is obvious: the non-competitive environment common to the Oyakata Hinomaru. The Japanese National Railways and Nippon Telegraph and Telephone Corporation have been replaced by JR and NTT.

At a cram school, students compete with each other every day, so it is impossible for a cram school to lose to a school. Students honestly say that cram school is more fun than school, and that it helps them prepare for exams.

However, cram schools also have their problems.

I have been in the cram school industry for 30 years and have seen a lot of things. I taught for 14 years as a part-time instructor at seven large cram schools in Nagoya, so I got to know the other side of various cram schools. That is what I would like to share with those outside the industry today.

Kawai Juku" because it was started by Mr. Kawai. Because it was located in Surugadai, it was called "Sundai. These names are decent. However, there are some exceptions, such as Todai Seminar and Waseda School (if they actually exist, I apologize. However, be careful of cram schools that borrow the names of well-known universities.

In my experience, I have never seen a Todai Seminar with a Todai graduate as a teacher, nor have they had any success in getting students into Todai. They are just using the name recognition of others to attract customers.

Or, they use katakana names such as "Hybrid Juku," "Concierge Tutors," and "Universal Preparatory Association" to smoke out their customers. These cram schools have no intention of competing on substance. The only management decision they make is to take advantage of the Japanese habit of being vulnerable to foreigners.

When I walked into the classroom of the highest level cram school I have taught at, I found it fully stocked with reference books and problem books. If you need them during class, you can get them right away.

However, when I went to the classrooms of the lowest level cram schools, the classrooms were empty. There were not enough students to use so many problem books in the first place. When you are dealing with students like that, you can't leave anything in the classroom because it will be stolen frequently.

Unless you have your own publishing company, you can't make your own textbooks. Nowadays, there are services that only provide you with a cover. These companies do not sell the textbooks commercially, so even if you change the cover, the parents and students will not know.

It is better for the students to use commercially available and published problem sets than to take such a cunning method. Even instructors working at Kawaijuku will sometimes want to use Sundai's materials.

At one of the cram schools in Nagoya where I taught, the sidewalk from the nearest subway to the school was covered with chewed gum, so much so that it changed the color of the road. Of course, there was a storm of complaints from the neighbors.

At another cram school, bicycles were left on the sidewalk and in the street, which also caused a storm of complaints from the neighbors. As a result, the cram school had to pay for cleaning, dedicated security guards, and surveillance cameras.

A cram school that attracts a lot of students with bad behavior and students who do not like to study will have an extremely high dropout rate. Therefore, it is necessary to constantly "replenish" the number of students. On the other hand, if a cram school attracts good quality students and is full, there is no need to advertise. They can attract students by word of mouth alone.

Generally speaking, the quality of students who come through advertisements is generally not good. Think about it. These are the students who apply because they saw a celebrity or an anime. If you are a serious student, you will research the contents properly.

So, low-level cram schools stop in large numbers and collect in large numbers. They have no choice but to repeat the process. That's why the cost increases and the monthly fee becomes higher.

In the 14 years I have been teaching at seven different cram schools in Nagoya, I have only met one teacher who graduated from a former imperial university. It was a part-time job in the middle of the bar exam. I have also never met a regular instructor who has passed the first level of the English Proficiency Test.

Now, even if you decide on a cram school, it is not enough to improve your grades. Even at the same cram school, some students will pass and some will fail. That is a problem between the teacher and the student. The system of the cram school alone will not help you pass the exam.