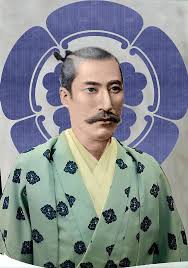 The license renewal situation in the Showa era. There's a line at the counter.
"It's inconvenient that I can only renew my license at the prefectural office.
"I'm in the northern part of Mie Prefecture, so it takes me two hours to get here.
"I had to take a day off work to come too.
"Oh, it's almost my turn."
At noon, the window curtains were closed.
"What? Is it lunchtime? Come on, open up.
"I've waited in line for an hour!

Inabe City's income tax payment office.
"Mr. Takagi, you'll start your business this year, right?"
"Yes.
"Do you keep a ledger?"
"Yes.
"Well, let me see.
He's doing some calculations.
"This year's income tax will be 400,000 yen, so please pay it."
"What? I don't have that kind of money since I started my business this year.
"With this amount of money, I'm sure you'll receive a notice for next year's tax payment.
"Excuse me.
"Okay, next one.

A few days later, Takagi is talking with a friend.
"So that's it.
"You're an idiot. You should consult a tax accountant.
"I don't have that kind of money.
"A tax accountant can't do his job if he can't save money on taxes.
"Is that so?
"Probably cut your income tax in half.
"What's that? The tax man knew that, didn't he?
"You know, they don't care if they can get a penny more out of you.
"Is that so?
"You're naive.

Inabe City Hall, Tax Division.
"So, for 17 years, I've been the only one paying property tax on my late father's land and house.”
"Yes.”
"My younger sister settled the tax on my behalf.”
"Is that so?”
"That's because my older sister promised to pay the property tax.”
"The city office can unilaterally decide which of the heirs will pay the tax.”
"Isn't that strange? Isn't that strange? Then you won't be able to change the name of the house, and the vacant house will fall down and decay.”
"The city office's job is to take what they can get.”
"I... I understand. But I'm not convinced.”

Church.
"So the tax accountant is manipulating the books in such a way that it's hard to tell if it's tax saving or tax evasion.”
"The Takagi brothers keep honest books, don't they?”
"Yes, they do. But a friend of mine says that 99% of the schools are either saving or evading taxes.”
"So?”
"The ones that are saving tax are using it to pay for advertising and equipment to attract customers.”
"I see.”
"In the end, the ones who cheat prosper and the ones who pay taxes seriously go bankrupt.”
"Sounds like a story.”
"He asked me. "He asked me, 'Don't you feel sorry for the students who become suckers for the crooks? He said.
"Well, it's a difficult question, but tax evasion is not good, is it?
"Yes, it is. I'll leave it to the tax accountant now."

When I came home, my daughters came out to greet me.
"Dad, welcome home.”
"Yes, I'm home. Have you been a good boy?”
"Yes, Daddy, did you bring any souvenirs?”
"Oh, I got you something. Strawberry cake!”
"Wow, I'm so happy! I love you, Dad!”
"I'm going to have to protect these kids for sure.”