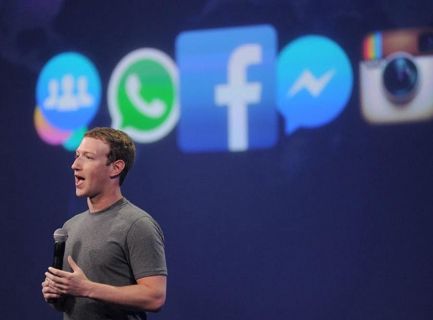 As a result of a whistle-blower’s report and technical issues, Facebook Inc.’s flagship products were unavailable for hours, knocking Mark Zuckerberg down a notch on the Bloomberg Billionaires Index list of the world’s wealthiest people.

As a result of the selloff, Facebook’s stock plunged 4.9% on Monday, taking its drop since mid-September to about 15%.

In the Bloomberg Billionaires Index, Zuckerberg has dropped to No. 5 following the stock slide on Monday. A major outage impacted many of Facebook Inc.’s 2.7 billion users, idled some of the company’s employees and prompted the CEO to apologize publicly.

In the company’s family of social media apps, which includes Instagram, Facebook and WhatsApp, some users are starting to return to the service about 5:45 p.m. New York time, about six hours after the incident began. In recent memory, this was the longest failure. In its analysis of 10 million reports worldwide, Downdetector, which monitors internet problems, says that there was no outage comparable to that of Facebook.

In a statement, Facebook apologized to those affected by the outages stating, “The products and services we provide are relied upon by billions of individuals and businesses around the world. Our team will be working hard to restore our service as soon as possible.”

A Wall Street Journal series of articles published on September 13 reveals that Facebook knew of multiple issues with its products, including Instagram’s harmful effects on teenage girls’ mental health, as well as misinformation about the January 6 Capitol riots – while it kept them quiet in public. Government officials have become aware of the reports, and the whistle-blower revealed herself on Monday.

The company responded by emphasizing that the problems with its products, including polarization, are complex and not solely due to technology.

Nick Clegg, Facebook’s vice president for global affairs, explaining polarization in America with technology said: “People assume that there must be a technical explanation for it.”