This is about cheetah 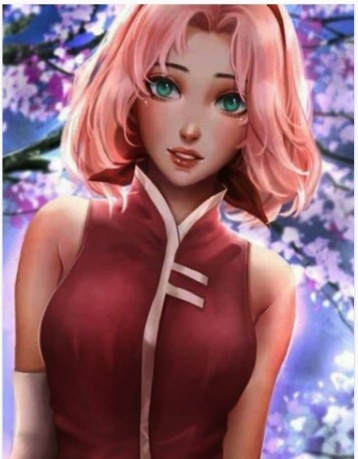 The cheetah (Acinonyx jubatus) is a large cat native to Africa and central Iran. It is the fastest land animal, estimated to be capable of running at 80 to 128 km/h (50 to 80 mph) with the fastest reliably recorded speeds being 93 and 98 km/h (58 and 61 mph), and as such has several adaptations for speed, including a light build, long thin legs and a long tail. It typically reaches 67–94 cm (26–37 in) at the shoulder, and the head-and-body length is between 1.1 and 1.5 m (3 ft 7 in and 4 ft 11 in). Adults weigh between 21 and 72 kg (46 and 159 lb). Its head is small, rounded, and has a short snout and black tear-like facial streaks. The coat is typically tawny to creamy white or pale buff and is mostly covered with evenly spaced, solid black spots. Four subspecies are recognised.

Map showing the distribution of the cheetah in 2015

The cheetah lives in three main social groups, females and their cubs, male "coalitions" and solitary males. While females lead a nomadic life searching for prey in large home ranges, males are more sedentary and may instead establish much smaller territories in areas with plentiful prey and access to females. The cheetah is active mainly during the day, with peaks during dawn and dusk. It feeds on small- to medium-sized prey, mostly weighing under 40 kg (88 lb), and prefers medium-sized ungulates such as impala, springbok and Thomson's gazelles. The cheetah typically stalks its prey to within 60–70 m (200–230 ft), charges towards it, trips it during the chase and bites its throat to suffocate it to death. It breeds throughout the year. After a gestation of nearly three months, a litter of typically three or four cubs is born. Cheetah cubs are highly vulnerable to predation by other large carnivores such as hyenas and lions. They are weaned at around four months and are independent by around 20 months of age.

The cheetah occurs in a variety of habitats such as savannahs in the Serengeti, arid mountain ranges in the Sahara and hilly desert terrain in Iran. The cheetah is threatened by several factors such as habitat loss, conflict with humans, poaching and high susceptibility to diseases. Historically ranging throughout most of Sub-Saharan Africa and extending eastward into the Middle East and to central India, the cheetah is now distributed mainly in small, fragmented populations in central Iran and southern, eastern and northwestern Africa. In 2016, the global cheetah population was estimated at around 7,100 individuals in the wild; it is listed as Vulnerable on the IUCN Red List. In the past, cheetahs were tamed and trained for hunting ungulates. They have been widely depicted in art, literature, advertising, and animation.

The vernacular name "cheetah" is derived from Hindustani Urdu: چیتا‎ and Hindi: चीता (ćītā).[4] This in turn comes from Sanskrit: चित्रय (kitra-ya) meaning 'variegated', 'adorned' or 'painted'.[5] In the past, the cheetah was often called "hunting leopard" because they could be tamed and used for coursing.[6] The generic name Acinonyx probably derives from the combination of two Greek words: ἁκινητος (akinitos) meaning 'unmoved' or 'motionless', and ὄνυξ (onyx) meaning 'nail' or 'hoof'.[7] A rough translation is "immobile nails", a reference to the cheetah's limited ability to retract its claws.[8] A similar meaning can be obtained by the combination of the Greek prefix a– (implying a lack of) and κῑνέω (kīnéō) meaning 'to move' or 'to set in motion'.[9] The specific name jubatus is Latin for 'crested, having a mane'.[10]

A few old generic names such as Cynailurus and Cynofelis allude to the similarities between the cheetah and canids.[11]

In 1777, Johann Christian Daniel von Schreber described the cheetah based on a skin from the Cape of Good Hope and gave it the scientific name Felis jubatus.[12] Joshua Brookes proposed the generic name Acinonyx in 1828.[13] In 1917, Reginald Innes Pocock placed the cheetah in a subfamily of its own, Acinonychinae,[14] given its striking morphological resemblance to the greyhound and significant deviation from typical felid features; the cheetah was classified in Felinae in later taxonomic revisions.[15]

In the 19th and 20th centuries, several cheetah specimens were described; some were proposed as subspecies. An example is the South African specimen known as the "woolly cheetah", named for its notably dense fur—this was described as a new species (Felis lanea) by Philip Sclater in 1877,[16] but the classification was mostly disputed.[17] There has been considerable confusion in the nomenclature of cheetahs and leopards (Panthera pardus) as authors often confused the two; some considered "hunting leopards" an independent species, or equal to the leopard.[18][19]

In 1975, five subspecies were considered valid taxa: A. j. hecki, A. j. jubatus, A. j. raineyi, A. j. soemmeringii and A. j. venaticus.[20] In 2011, a phylogeographic study found minimal genetic variation between A. j. jubatus and A. j. raineyi; only four subspecies were identified.[21] In 2017, the Cat Classification Task Force of the IUCN Cat Specialist Group revised felid taxonomy and recognised these four subspecies as valid. Their details are tabulated below:[20][22]

Asiatic cheetah (A. j. venaticus) Griffith, 1821[25] This subspecies is confined to central Iran, and is the only surviving cheetah population in Asia.[26] As of 2016, only 43 individuals were estimated to survive in three subpopulations scattered in Iran's central plateau. It is listed as Critically Endangered on the IUCN Red List.[27] An Asiatic cheetah in Iran

Northwest African cheetah (A. j. hecki) Hilzheimer, 1913[29] This subspecies occurs in Algeria, Benin, Burkina Faso, Mali and Niger.[1] In 2016, the largest population of 191 individuals occurred in Adrar des Ifoghas, Ahaggar and Tassili n'Ajjer in south-central Algeria and northeastern Mali.[26] It is listed as Critically Endangered on the IUCN Red List.[30] Mother and daughter northwest African cheetahs

The Puma lineage of the family Felidae, depicted along with closely related genera[31]

The cheetah's closest relatives are the cougar (Puma concolor) and the jaguarundi (Herpailurus yagouaroundi).[20] Together, these three species form the Puma lineage, one of the eight lineages of the extant felids; the Puma lineage diverged from the rest 6.7 mya. The sister group of the Puma lineage is a clade of smaller Old World cats that includes the genera Felis, Otocolobus and Prionailurus.[31]

The oldest cheetah fossils, excavated in eastern and southern Africa, date to 3.5–3 mya; the earliest known specimen from South Africa is from the lowermost deposits of the Silberberg Grotto (Sterkfontein).[3][9] Though incomplete, these fossils indicate forms larger but less cursorial than the modern cheetah.[32] Fossil remains from Europe are limited to a few Middle Pleistocene specimens from Hundsheim (Austria) and Mosbach Sands (Germany).[33] Cheetah-like cats are known from as late as 10,000 years ago from the Old World. The giant cheetah (A. pardinensis), significantly larger and slower compared to the modern cheetah, occurred in Eurasia and eastern and southern Africa in the Villafranchian period roughly 3.8–1.9 mya.[15][34] In the Middle Pleistocene a smaller cheetah, A. intermedius, ranged from Europe to China.[3] The modern cheetah appeared in Africa around 1.9 mya; its fossil record is restricted to Africa.[32]

Extinct North American cheetah-like cats had historically been classified in Felis, Puma or Acinonyx; two such species, F. studeri and F. trumani, were considered to be closer to the puma than the cheetah, despite their close similarities to the latter. Noting this, palaeontologist Daniel Adams proposed Miracinonyx, a new subgenus under Acinonyx, in 1979 for the North American cheetah-like cats;[35] this was later elevated to genus rank.[36] Adams pointed out that North American and Old World cheetah-like cats may have had a common ancestor, and Acinonyx might have originated in North America instead of Eurasia.[35] However, subsequent research has shown that Miracinonyx is phylogenetically closer to the cougar than the cheetah;[37] the similarities to cheetahs have been attributed to convergent evolution.[31]

The three species of the Puma lineage may have had a common ancestor during the Miocene (roughly 8.25 mya).[35][38] Some suggest that North American cheetahs possibly migrated to Asia via the Bering Strait, then dispersed southward to Africa through Eurasia at least 100,000 years ago;[39][40][41] some authors have expressed doubt over the occurrence of cheetah-like cats in North America, and instead suppose the modern cheetah to have evolved from Asian populations that eventually spread to Africa.[37][42] The cheetah is thought to have experienced two population bottlenecks that greatly decreased the genetic variability in populations; one occurred about 100,000 years ago that has been correlated to migration from N orth America to Asia, and the second 10,000–12,000 years ago in Africa, possibly as part of the Late Pleistocene extinction event.[40][43][44]

The cheetah (Acinony
estimated to be capa
and as such has seve
including a light bu
long thin legs and a
and the head-and-bod
rounded
and has a short snou
solid black spots. F
1.9–0 Ma PreꞒꞒOSDCP
H
H
Hex
Follow