Reasons to invest in Ethereum 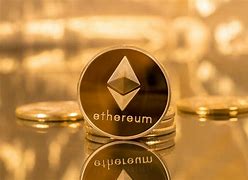 Many people now want to invest in Ethereum due to the benefits it provides.

Before we explain the reasons why you should in invest in Ethereum, it is important to know the history of Ethereum and how it has got to where it is today.

In 2013, developer Vitalik Buterin proposed the Ethereum network. In 2014, Vitalik and supporters conducted a crowd sale to fund the development costs. During the crowd sale, they offered 2000 Ether for each Bitcoin that was contributed. In July 2015, the Ethereum blockchain and network was launched.

Ethereum is now the most well known decentralised smart contract platform, with around 100 million Ether on its network.

Why invest in Ethereum?

As with Bitcoin, Ethereum has risen in popularity over the years as people have started to truly embrace cryptocurrencies. Ether has been publicly traded since 2016 and has established itself as one of the largest digital assets.

Due to this popularity, exchanges and wallets have ensured they support Ethereum and all other ERC-20 tokens. Popular exchanges including Coinbase, Coinmama and Bitpanda are all known for being popular and well-trusted exchanges that sell Ethereum. Having these platforms available makes accessing the cryptocurrency much easier, which in turn continues to grow its popularity.

Ethereum can also be bought through PayPal, credit and debit cards and through LocalEthereum. Again, having so many different platforms to choose from when purchasing Ethereum makes the currency in even more demand.

There are currently over 100 million Ethereum tokens in circulation, with the cryptocurrency being used to incentivise its miners to run their mining hardware on the platform. The tokens can also be used for payments between users, similar to Bitcoin. With more and more places accepting cryptocurrency as a payment, is it time you invested in this popular cryptocurrency?

Digital currencies such as Ethereum have the potential to revolutionise the future of all industries. We have seen already that Ethereum can changes sectors such as healthcare, finance and the government. Trust in traditional markets also continues to decrease in some parts of the world and they are turning to cryptocurrency as a result.

Let’s look at the healthcare example. Ethereum’s blockchain allows patients’ documents to be safely shared with other GPs and hospitals. Using this technology will make processing patients information much more efficient.

Ethereum’s smart contract platform can also eliminate the need for paperwork in other industries. It can significantly reduce costs and cut out the need for middlemen in many sectors. Without the need for brokers, banks or lawyers, individuals will be able to save a considerable amount of money and processes will become streamlined.

Ethereum will continue to grow in popularity, and as it does the price rise and the demand will grow. We have written about some of the different reasons you may want to invest in Ethereum but it is important to remember, no matter how popular Ethereum is, a crypto market is a volatile place. For this reason, it is advised to do the proper research on all cryptocurrencies before making your decision on which to invest in.

The post Reasons to invest in Ethereum appeared first on Coin Rivet.