Life starts from one place, but the way of life is different for everyone.

A reality story, a country's society, the rules of society. Story of Two sisters... 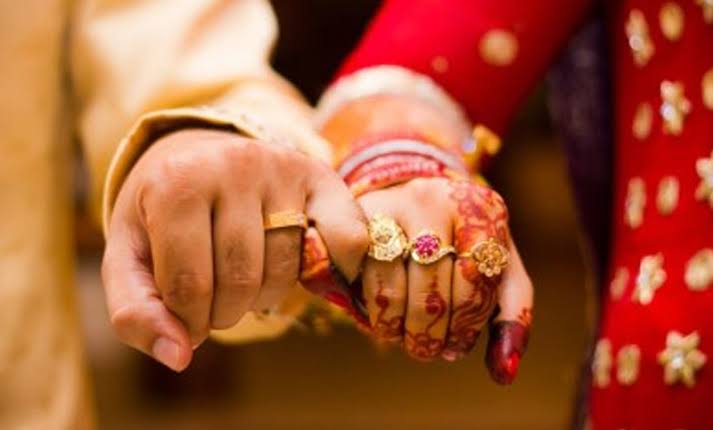 Nothing extra is good, and needs to be used properly with everyone.

Nila and her small family. Mom, dad and little sister. Neela's younger sister's name is Mila. Sapphire has been very serious and less mixed since childhood. Mila is very sociable and happy to smile. She is now in 10th grade, and her sister is in 5th grade. Sapphire is a little arrogant because of the extra talent. Mila is not so talented and has no interest in education. So Mila is kind of annoyed with Neela, in other words, sand in her eyes. Because Mila talks a lot, she doesn't study much. But Mila draws much better. For which Nila can't see much match. But Mila loves and respects her older sister very much. He was very calm in front of Nilar even though he did a thousand mischiefs with everyone. She is also very scared of Nila. Nila always puts Mila in a lot of discipline and pressure.

(Anyway let's get to the main story)

Sapphire: Mom, give me food. I'm late for school.

Mom: Why do you always order so much? What a little breakfast! Sapphire: Why? If you can, swallow your little girl. Mila: Sister, take your food. I brought (laughs) Sapphire: Good. And yes, don't call me sister at school. One of my friend's sister is in your class. He's a very good student, and you didn't get to roll 10. If you know my sister, I will have no respect.

Mila: All right. I won't go in front of you, (upset) Sapphire: She went out for her school His match also went away. Nilar's mother tells her father, "Sapphire is abusing Mila day by day." Father: They are two sisters. You don't have to say anything. Mila did not judge. And if you say so, tell me, big sister, it's a little like that.

Nilar's mother fell silent ... And he focused on his work. (Nila and Mila have returned home from school. And take a bath) At the end of the meal everyone leaves ... This is how the Nila ssc exam ends. (That day was the day of publication of Nilar test results) Sapphire does very well so everyone in her family is very happy. Sapphire says to her father, "Dad, listen, I want to invite some of my friends to my house." Neela's father said, "All right."

Tell everyone tomorrow. Neela doesn't have many friends, her father told her (Sapphire doesn't remember her birthday / any special day because she is extra talented) So Neela's parents didn't say anything to surprise her. Nila suddenly calls Mila, and Mila then goes to her sister's house. But Mila was not ready for what Nila said, Nila called Mila and said, "Some friends from my school will come tomorrow. They don't know anything about you. So you won't come here tomorrow at all." Mila was very upset by Nilar's words.

He sometimes thinks how much everyone's sister caresses everyone, and his sister never gave him a good call, no matter how much he caressed her. Little Miller doesn't know the answer. Suddenly he ran somewhere to think of something. The next morning Neela’s mother and Neela are preparing food for her friends. (Friends always come a little early in the morning) 8 Sapphire finishes her work and her eyes fall on the bed in the room, she sees her purse on the bed. He got angry when he saw it.

And to ask her mother, her mother said, 'Mila asked me for money so I told her to take it from you.' Hearing this, Neela got very angry. The anger increased and he saw that Mila had taken 100 rupees from his bag. After a while Mila came from school. Sapphire called Mila in a very hoarse voice and took her home. And Mila ended in fear, what did he do wrong?

Then, One by one all his friends left, but because of his anger, he slapped Mila in front of his friends, called him a thief and gave him another slap. But in order to discredit Mila as a thief, Mila got into trouble and left the house in her school dress. I could not find so many insults in front of so many people at home.

Mila is walking crying, not knowing when she came in the middle of the street. The sound of the horn brings him back to consciousness. But before he knew it, a large truck overtook Miller. Little Miller's body was crushed Many people gathered. On the other hand, all Neela's friends say, did you not say you have such a sweet sister? Why did you talk like that? The baby girl made a mistake.

Neela's mother, "Neela, why did you tell Mila like this? I didn't tell you she took money from me". Sapphire "Shut up, you gave your daughter an Oscar. Wait and see what she did with her school bag with the money." When I opened the bag, Nila saw a beautiful picture of her and a card "HAPPY BIRTHDAY TO U NILA APU" Another letter Writing 'I know you love me so much, I love you too. I took money from you and gave it to you as a gift .. '

Sapphire was silent for a while. Just then a man came and said, "Neela's mother, your youngest daughter Miller had an accident on the road. She seems to have died in a very serious condition." Sapphire and her mother became speechless on hearing this. The girl came out five minutes ago. He ran to the road. Sapphire and her friends behind. He went and saw Miller's eyes fixed on the sky. Nilar's mother screamed, hugged her and knocked her unconscious. Neela's father had just come from the office.

Neela's father had just come from the office. The girl did not understand what to do after receiving the news of death. Sapphire, on the other hand, looks at Miller's bloody face as if her sister's enchanted face has become more enchanted. And he kept saying to himself, "Mila, don't get up, I'm sorry, I'll never talk to you again, forgive me this time." But Neela's tears did not reach Miller's ears. She lost her innocent little sister today for her guilt and extra arrogance.

Sapphire does not understand what to do. He thinks of himself as the killer of his younger sister. As the saying goes, She is wearing silent tears. Sapphire has not spoken since that day. Miller just sits in a corner of the room with a picture and birthday gifts.