I discovered Bitcoin in 2014. At the time, I must admit that I didn't realize how important Bitcoin would be later in my life. I hadn't yet understood why Bitcoin was a monetary revolution about changing the world we live in for the better. In 2014, I was more interested in the technical side of Bitcoin. So I started studying Bitcoin's white paper and its source code. I had fun creating my own Blockchain with a behavior similar to that of Bitcoin in Java. I was really impressed by Bitcoin's technological prowess. 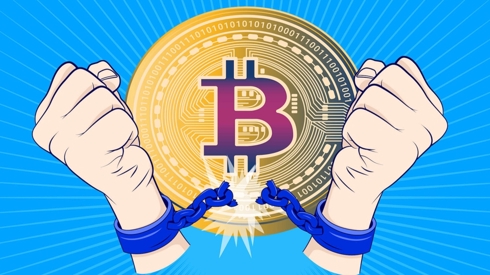 I discovered Bitcoin in 2014. At the time, I must admit that I didn't realize how important Bitcoin would be later in my life. I hadn't yet understood why Bitcoin was a monetary revolution about changing the world we live in for the better.

In 2014, I was more interested in the technical side of Bitcoin. So I started studying Bitcoin's white paper and its source code. I had fun creating my own Blockchain with a behavior similar to that of Bitcoin in Java. I was really impressed by Bitcoin's technological prowess.

However, once I became aware of the disruptive nature of the Bitcoin system, I hadn't gone much further. At the beginning of 2017, I became more interested in Bitcoin beyond the technical aspect. Since then, I have never given up on it.

Since the end of 2017, I've been writing about Bitcoin and the economy daily to help as many people as possible open their eyes to this incredible monetary revolution we're lucky enough to witness.

Looking back on my journey with Bitcoin, I think I probably should have done something differently when I first discovered it in 2014. It's not like me to have regrets and think about the missed opportunities of the past. Instead, this is about revisiting the 9 rules that should be followed as soon as you discover Bitcoin.

So my goal is simply to enable those who read this article to accelerate their awareness of Bitcoin so that they can take advantage of its revolution more quickly.

After discovering Bitcoin for the first time, many people make the mistake of putting off taking action. This is a mistake. You need to seize this once-in-a-lifetime opportunity as soon as possible.

Start buying Bitcoin right away to get a better feel for how the network works.

Once you really get your foot in the door of the Bitcoin world, you will feel more concerned. This will push you to learn more quickly than someone who thinks Bitcoin sounds interesting but will get interested later.

While you let time pass, monetary inflation continues to wreak havoc on the fruits of your labor. From the moment you discover Bitcoin, you must act.

Most people buy Bitcoin to get rich. Those who stay in this incredible world understand that in reality, Bitcoin is about power. Bitcoin gives you power over your money.

Bitcoin buys you freedom. The freedom to live your life on your own terms. With Bitcoin, you can send, receive, or HODL the fruits of your labor at any time.

This is a total paradigm shift from the current banking system that imposes its own rules on you with your hard-earned money. By purchasing Bitcoin, you are choosing freedom.

3. The more you learn about Bitcoin the more freedom you earn

Bitcoin is a story of trust. Bitcoin has continued to grow since its inception as more and more people on Earth trust its revolution. To have confidence in Bitcoin, you must seek to constantly expand your knowledge.

No one becomes a true Bitcoiner without reading a lot.

The more you learn about Bitcoin, the more you will open your eyes to the current monetary and financial system flaws. This will strengthen your belief in Bitcoin. In the end, it will give you a little more freedom every time. This notion of freedom is essential to really understand why becoming a Bitcoin HODLer no matter what is your only real option.

4. Bitcoin gives you power, but you must ensure your own security

I like to quote this line that Uncle Ben Parker says to Spider-Man before he dies:

With Bitcoin, it's exactly that. You're going to get immense power over your life. However, to take full advantage of it, you will have to pay a certain price.

But don't worry, it's a small price to pay compared to what Bitcoin gives you. You will have to secure your wealth yourself. That means getting your Bitcoin's private keys as soon as possible. Remember this golden rule throughout your Bitcoin journey:

Not your Keys, Not your Bitcoin.

You and only you have the power to decide what you want to do with the fruits of your labor. So make sure you don't squander that immense power by refusing to take on the big responsibilities that come with it.

5. Be generous by helping others to open their eyes

Bitcoin is a knowledge community too. Bitcoin constantly pushes you to verify everything for yourself. Its motto is clear:

This means that every individual has the right and duty to check everything out for themselves in the Bitcoin world. As a more experienced Bitcoiner, you should therefore do your best to answer beginners' questions generously.

We've all started at one time or other asking questions that may seem basic to more experienced people. Nevertheless, you must answer them with a kindly attitude. This is how awareness of Bitcoin has progressed block by block since its inception.

6. Trust the Bitcoin revolution no matter what

Everyone has had doubts about Bitcoin as they went through their learning curve. Even the most convinced Bitcoiners have had doubts at one time or another. The big difference is that these Bitcoiners made the right choice at that moment.

Rather than give in to their emotions, they decided to stay calm and learn more about Bitcoin.

This allowed them to put their doubts to rest and continue the incredible adventure that is Bitcoin. As time goes on, your confidence in the Bitcoin revolution will grow. By having confidence in Bitcoin no matter what, you will be able to take the long view that will allow you to fully enjoy its revolution in the future.

In today's monetary and financial system, there is an adage popularized by Warren Buffett that comes up often:

With the current system, this is totally true. You can't save your money without seeing your purchasing power decrease drastically over time.

With Bitcoin, the situation is totally different. Bitcoin is hard-capped at 21 million units. Bitcoin allows you to opt for low-time preference. You have access to the best savings technology in the world.

So you can save the fruits of your labor in the Bitcoin network to enjoy when you want. Hard money like Bitcoin is a major paradigm shift that you will have to get used to taking full advantage of it.

The most amazing thing is that no one will be able to confiscate your money that is safely stored in the Bitcoin network. Bitcoin is encrypted P2P money that gives power back to the people. It's up to you to take advantage of it.

A monetary revolution like Bitcoin takes time. I say that, but you have to admit that things are happening extremely fast with Bitcoin. It took Bitcoin only 12 years to cross the $1 trillion market cap for the first time in February 2021.

Its market cap has fallen since then, but that should just make you keep in mind the importance of being patient with Bitcoin.

Rather than wasting your time constantly watching the price of Bitcoin, you should look at its fundamentals. These are getting stronger all the time. The Bitcoin revolution is still moving in the right direction, and the future looks incredible.

In 2021, the first country has decided to adopt Bitcoin as an official currency. Opponents of Bitcoin downplay this tipping point by saying that El Salvador is a very small country, but in reality, they know well that many others will follow. Bitcoin's success is inevitable.

9. Stop thinking about the past, focus on the present and future

I discovered Bitcoin in 2014 when its price was around $500. Some people would spend their time thinking about the missed opportunity back then. Indeed, I could have bought Bitcoin at $500, when its price is around $48K as I write this.

Personally, I don't think you should do that. It might prevent you from buying Bitcoin at the current price.

Rather than thinking about the missed opportunities of the past, you need to move forward. Focus on the present to build the future you dream of. That means taking action with Bitcoin today, rather than waiting indefinitely for the next big crash that will push its price below a threshold you arbitrarily set for yourself.

What Bitcoin offers you is clearly priceless. The freedom you get with Bitcoin is more than enough to justify buying it at any time. That's my view, and it's the view that everyone who really understands Bitcoin takes.

I didn't take action immediately when I discovered Bitcoin in 2014. Only the technical side of Bitcoin interested me at the time. It ultimately took me a while to embrace this incredible monetary revolution. Yet, I have no regrets as I told you in this article.

Everyone pays their Bitcoin at the price they deserve. With this article, I simply wanted to highlight 9 rules that I should have followed immediately after discovering Bitcoin in 2014.

My goal is simply to share my experience with those who are still hesitant to embrace the Bitcoin revolution. This revolution is unique, and there is no point in wasting time waiting. Taking action is your best option.