When someone asks me about the importance of Bitcoin for the future, I often say the same thing: Bitcoin is a monetary revolution that will change the world of the future for the better. The reason I say this so often is simply because this is the way we Bitcoiners see Bitcoin. Many people still have trouble seeing clearly about Bitcoin, but things are progressing block by block. A monetary revolution as big as Bitcoin always takes time. So you have to be patient, and be prepared to support the Bitcoin revolution no matter what. 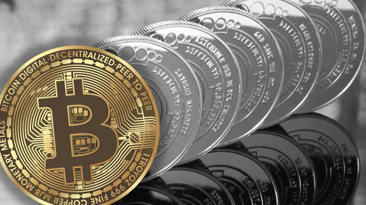 When someone asks me about the importance of Bitcoin for the future, I often say the same thing: Bitcoin is a monetary revolution that will change the world of the future for the better.

The reason I say this so often is simply because this is the way we Bitcoiners see Bitcoin.

Many people still have trouble seeing clearly about Bitcoin, but things are progressing block by block. A monetary revolution as big as Bitcoin always takes time. So you have to be patient, and be prepared to support the Bitcoin revolution no matter what.

Like any Bitcoiner, my trust in Bitcoin is something I constantly check by running my own node on the network. This is what Bitcoin has taught us from day one with its slogan: “Don’t Trust, Verify”.

Bitcoin was conceived by Satoshi Nakamoto to address the first major flaw in the current monetary and financial system: the ability of central banks to print as much fiat money out of thin air as they deem necessary.

In other words, a minority of people who are not representative of the people can decide to devalue fiat currencies at any time.

The Fed’s response to the COVID-19 crisis showed that central bankers were not afraid to use the big guns to save the current system. Thus, more than 4,000 billion dollars have been printed out of thin air in only a few months.

This will have disastrous consequences for the majority of the poorest citizens. But the Fed doesn’t care about that. It wants to save the current monetary and financial system at all costs.

Bitcoin offers a fairer solution. The supply of Bitcoin is limited to 21 million units no matter what. Its monetary policy is programmatic, which means that it does not depend on arbitrary decisions by humans.

Moreover, it is predictive. You know in advance the schedule for new BTC issuance until the day all of them are in circulation by 2140. This is an absolute strength of Bitcoin. It gives you the guarantee that 1 BTC in 2021 will still be equal to 1 BTC in 21 million units in 10, 20, or 50 years.

If this key value of the Bitcoin revolution to protect the people from monetary inflation were to be broken, the revolution would lose all meaning. And therefore my confidence.

Many people think that the fruits of their labor stored in the form of fiat currency in their bank account really belong to them. Unfortunately, this is not the case. This money is simply reserved for you under certain conditions that can change according to arbitrary decisions of private banks or governments.

In today’s banking system, the fruits of your labor are at risk. The danger of censorship threatens you at all times.

Bitcoin provides an ideal answer to this major problem. Once you have the private keys to your Bitcoin, no one can stop you from using it as you wish. No one can take your Bitcoin away from you. Bitcoin is encrypted P2P money that gives power back to the people over the fruits of their labor.

This is another key value of the Bitcoin system that must never be betrayed.

Bitcoin is a decentralized payment system. Its blockchain is permissionless and trustless. Anyone can become a node in the Bitcoin network. It’s even something you have to do to really take power over the fruits of your labor.

When companies like PayPal and banks come along to offer Bitcoin buying/selling/holding services to their customers, you must realize that this is an attempt to steal the Bitcoin revolution from the people.

Bitcoin was created to free us from these middlemen. If you want to buy Bitcoin, do it directly without going through these middlemen who will not allow you to have access to your Bitcoin’s private keys.

Without the private keys to your Bitcoin, you are deprived of one of the key values of Bitcoin: resistance to any kind of censorship with the fruits of your labor.

Don’t fall into the trap of those in the current system who now need Bitcoin more than ever. Bitcoin is the currency of the people, backed by the people. It must absolutely remain so.

The guarantee of settlements

The Bitcoin system must guarantee that your transactions to send or receive Bitcoin will be executed correctly. This is a necessity for Bitcoin to be used as a means of payment in everyday life in the future.

Transactions may take more or less time in some specific cases, such as when the Bitcoin Hash Rate drops sharply following a blackout in Xinjiang, China in April 2021.

Nevertheless, these are only one-off events that do not call into question the guaranteed settlements that Bitcoin offers. This must obviously remain the case so that users of the network keep their trust in the world’s most secure decentralized network.

Preserving the social contract of Bitcoin

In the excellent article “Unpacking Bitcoin’s Social Contract”, Hasu detailed the social contract of Bitcoin perfectly. In the Bitcoin system, you have to distinguish between two parties:

The defined rules form the consensus of the Bitcoin system. This is the social contract of Bitcoin.

The Bitcoin protocol, which automates the enforcement of these rules, and thus the Bitcoin social contract, without human intervention.

Nevertheless, the Proof-of-Work is the best mechanism that could be found to achieve the following two goals:

A distributed trustless system for time-stamping transactions. Bitcoin is a decentralized clock.

An initial distribution of BTC that is both fair and trustless.

For a PoW replacement to be implemented in the Bitcoin system and gain consensus, a better mechanism would have to be found. We are not there yet.

Finally, what is essential is that this social contract to which Bitcoin makes you adhere is preserved no matter what happens in the future, but also that its application remains free of human intervention.

Bitcoiners are unwavering supporters of the Bitcoin revolution. We are like missionaries spreading the incredible benefits of Bitcoin over the current monetary and financial system. However, don’t think that we are blindly supporting Bitcoin.

Our support for Bitcoin is all the stronger because we can constantly verify that the Bitcoin system remains true to the five key values I just outlined. Without that, the Bitcoin revolution would be meaningless.

So we must fight to ensure that the Bitcoin system continues to be the people’s currency backed by the people. This can only be done by staying true to these key values.