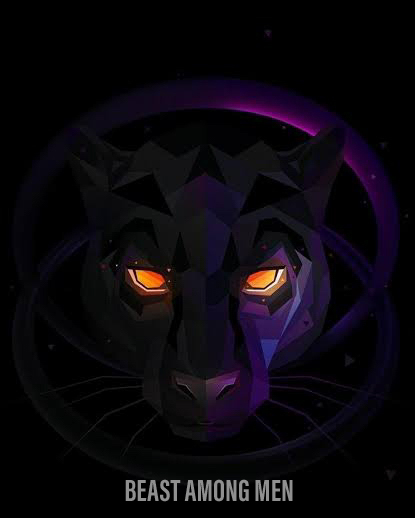 “Who wouldn’t die for it?” I asked myself smiling as I touched my buttocks

Soon I noticed a shadow in the mirror

I did the same thing but there was still no one

I focused back on the mirror

I couldn’t figure it out, so I brought my face closer to the mirror

Just then, a hand bumped out from the mirror and get held of my neck

I struggled to free myself but the hand was stronger

I couldn’t shout because the hand crossed my mouth

It pierced my hand, forcing me to take off my hands from he’s

I felt a claw growing from its finger

My eyes widened a little

I saw a face coming out of the mirror

His face was filled with bloods

I jumped up from my bed, breathing heavily

It was a dream

My door was pushed opened as my Mom rushed inside

Fear was written all over her face

She sat beside me

I was seriously sweating

“What is the problem?” My Mom asked holding my shoulder

“Dream? By this time?” My Mom asked

I looked at the wall clock in my room

It was already morning

I couldn’t believe it

“It’s really a terrible dream but did you get to see the face very well?” My Mom asked after the explanation

“No, it was covered with bloods, or looks like someone who has been sucking bloods right from birth” I replied

Oh here we go, sorry I didn’t get to introduce myself on time because the dream was something else 🤣

My name is Jenny Bernard

My Dad was a business man

As heart can not be read, I can’t tell

That’s all for now

I woke up this morning really tired

I have never for once like this steady transfer

Am already getting sick of it

I was still on the stairs when my fingers started ceasing

Since I couldn’t help it anymore, I managed to shout

“Dad!” I shouted as I fell down and rolled down from the stairs

Seeing me vibrating on the floor

My Mom was already on her fitting, ready for work

“David!” They shouted together as they rushed down to where I was

“Oh no, not again” my Dad said and lifted me up, carrying me like a bride

Our housemaid opened the door for him

Although I was still vibrating but he held me very well

Our gateman saw what was happening, he doesn’t need to be informed as he opened the gate

My Dad placed me inside while my Mom entered

My Dad got to the driver’s seat

He ignited the engine and revised

My name is David

Am the second son and the favorite

Meanwhile my Mom has a business she’s managing

Her business has branches in different countries as well

So it wasn’t a hard time for her

I think that’s all for now

I could hear a woman shouting “help”

The nurses rushed to their attention

I managed to peeped through the window and saw a guy who was rolled with the rolling seat, rushing him inside

I wondered what was happening

My door was open and my doctor walked in

“How are you feeling this morning?” She asked smiling

“Am feeling better” I replied smiling

She nodded and checked me out smiling

“Who was the guy?” I asked feeling concerned

“Who?” She returned the question

I guess she was confused

“The guy that was just rushed in” I replied looking outside

“Oh, I guess he has an attack but my assistant is going to attend to him” she responded

I could still feel its presence in the compound

“What’s the problem?” My doctor asked

“I think one was here” I replied as her face changed

So it’s for me

My name is Dorothy

I lives with my Uncle

That’s it for now

The doctor examined me before walking out

I looked at my Mom starring at me

I could see worried written all over her face

All of a sudden, I felt something entering inside me

I struggled with it but it was having its way

“Doctor! Doctor!” That was my Mom voice shouting

My chest was pushing up and down

I pushed them away from me and stood up

I regained myself immediately as I started breathing heavily

Everyone was just standing, looking at me

He placed his threstescope and examined me

“He is normal” he said

My doctor was done with me

I was reading from a paper that I saw in the hospital room when I felt the presence of that same demon but this time around, it was not far from where I was

I needed to try that style my priest thought me

I can’t tell if it was it

My doctor rushed to where I was standing

“What’s the problem?” She asked

Let’s go with it