Like It or Not, Bitcoin Is Our Best Hope for a Better World in the Future

Since the beginning of the COVID-19 pandemic, we have seen a dramatic shift in thinking about Bitcoin. More and more people are realizing that Bitcoin is here to stay. There is no need to fight the Bitcoin revolution forever. 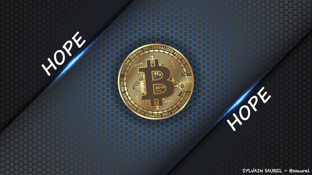 Like It or Not, Bitcoin Is Our Best Hope for a Better World in the Future

Since the beginning of the COVID-19 pandemic, we have seen a dramatic shift in thinking about Bitcoin. More and more people are realizing that Bitcoin is here to stay. There is no need to fight the Bitcoin revolution forever.

The best thing to do is to embrace the Bitcoin revolution and take advantage of it.

Many major institutional investors have understood this. Large companies are making Bitcoin a reserve asset on their balance sheets. U.S. banks will soon offer services to buy/sell/hold Bitcoin.

The revolution continues to progress block by block.

As the Bitcoin revolution accelerates, attacks with spurious arguments multiply

Despite this, you can still read or hear criticism from Bitcoin opponents who willingly continue to try to denigrate Bitcoin with outdated clichés. Central bankers, economists, or even journalists attack Bitcoin on classic topics: illegal activities, money laundering, energy consumption, environmental impact, …

Some even go so far as to call Bitcoin a scam or a Ponzi scheme.

That’s how far along we are in the Bitcoin revolution. In a few years, when Bitcoin becomes mainstream, many will laugh at those who made such attacks in 2021. These people will be singled out just like those who called the Internet a fad back then.

As a reminder, Bill Gates, then CEO of Microsoft, said that in the mid-90s:

“The internet is just a passing fad.”

If Jeff Bezos had listened to Bill Gates’ advice, he would never have created Amazon

Bill Gates’ misguided vision has not prevented the Internet from experiencing a phenomenal growth to reach over 60% of the world’s population today. Bill Gates is frequently wrong, and this should be a warning to you as he increasingly criticizes the environmental impact of Bitcoin, which he claims is negative.

If Jeff Bezos had taken Bill Gates’ criticism of the Internet seriously, he certainly would not have created Amazon in 1994. Fortunately, Jeff Bezos understood that the Internet would change the world for the better. So he didn’t hesitate for a moment to put all his savings into the development of his startup.

Amazon is now one of the most valued companies in the world. A giant in many fields.

With Bitcoin, it is the same thing that will happen in the years to come. Whether you like it or not, Bitcoin will change the world of the future for the better. Bitcoin adoption is still in its infancy as the 100 million user mark was passed in September 2020 alone.

While the price of Bitcoin is already well over $50K, this gives you an idea of the incredible growth potential that awaits it in the future.

Bitcoin fights against an exclusive and oppressive system

To see this, you need to be able to take a step back to understand Bitcoin, but also why all the powerful people in the current system keep trying to dissuade you from opting for a system that actually gives you power over the fruits of your labor.

The current system is in the hands of a few powerful people who are profiting handsomely, while the majority of the Earth’s inhabitants are constantly suffering from their arbitrary and unfair decisions.

The central banks have all the power to print as much money out of thin air as they deem necessary, which favors the infinite increase of the public debts of the States, but also wars that are more and more costly both economically and in human cost.

The fiat system at the heart of which is the petrodollar is the real enemy to fight. It is not Bitcoin that is the enemy here. Bitcoin is our best weapon to fighting this system that promotes exclusion and oppression.

While Bitcoin struggles, with the support of thousands of Bitcoiners, to provide a better world in the future for as many people as possible, some people are blinded by greed. Wanting to make more money, these unfortunate people take foolish risks by buying Altcoins that are just Sh*tcoins.

The success of Dogecoin since the beginning of 2021 is pushing new entrants to come and buy DOGE which is just a vast joke. Everyone has the right to do as they please since we live in a free world. This is what Bitcoin constantly advocates.

However, you should understand that all these Altcoins will see their value go to zero sooner or later. Putting the fruits of your labor at risk in this way is a major risk for your future. A financial risk, but also the risk of missing out on the once-in-a-lifetime opportunity that is Bitcoin.

Wasting time with these Altcoins will take your eye off the ball where the real monetary revolution lies.

Bitcoin’s long-term goals are far more ambitious than those of the Altcoins, which are only intended to enrich their founders. Bitcoin is about giving the power on money back to the people. The consequences of the paradigm shift that is Bitcoin are major.

It will enable the financial inclusion of hundreds of millions of people, promote the preservation of wealth for as many people as possible, put an end to unnecessary wars that can no longer be funded, and simply bring freedom.

Because Bitcoin is first and foremost a synonym for freedom.

The fundamental freedoms Bitcoin gives you will change the lives of hundreds of millions of people in the future. Bitcoin aims to replace the rulers by rules enforced by a cryptographic protocol independent of the arbitrary decisions of a few humans. Bitcoin is a fairer system.

If you have to fight for something true and worthwhile for the future, it’s by buying Bitcoin, then becoming a Bitcoin HODLer no matter what. The success of Bitcoin is our best hope for a better world for the many in the future.

This is a good reason to fight for Bitcoin’s success.