Hesitating To Buy Bitcoin by Fear of a Bear Market? 4 Proven Tips To Profit No Matter What.

After a euphoric start to the year, reaching a new All-Time High (ATH) close to $65K in April 2021, the price of Bitcoin came to a serious halt in May 2021. FUD (Fear, Uncertainty, and Doubt) took over from the fundamentals, and a crash in the price of Bitcoin sent its price plummeting to around $30K. This was enough for some to announce the beginning of a Bear Market for Bitcoin. In my opinion, we are not there yet. The Bitcoin Bull Market is still here, and I see more of an accumulation period for the next few weeks. A period that will seem boring as always to all those who only think about making a quick buck with Bitcoin. And there are many of them! 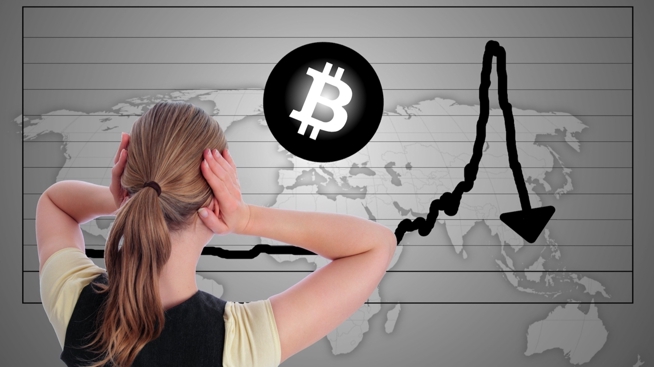 Hesitating To Buy Bitcoin by Fear of a Bear Market? 4 Proven Tips To Profit No Matter What.

Some hesitate to buy Bitcoin fearing a Bear Market

Those who have truly understood Bitcoin and its liberating power will remain calm. There is no reason to panic as long as the essential guarantees that Bitcoin gives you are preserved. So the best thing to do if you fully believe in the Bitcoin revolution is to accumulate more.

Many people ask me if this is a good time to buy Bitcoin, knowing that a drop below $30K is still possible. As I constantly explain, everyone has to make their own investment decisions. You should never blindly follow the advice of so-called experts. This obviously applies to me.

I can simply share my feeling and opinion with you to provide you with arguments in your thinking process.

For those who are still hesitant to enter the world of Bitcoin right now, I think it's important to incorporate into their thought process 4 tips that have allowed all those who have followed them to the letter to always be in profit so far.

I mean always be in profit. This may sound presumptuous, but it is the reality. You only have to analyze the numbers to see that. Numbers don't lie, as we usually say.

Here are these 4 tips:

HODL Bitcoin for at least 4 years to take advantage of a full Halving cycle. The best thing is of course to have at least a 10-year vision in my opinion.

Define a strategy with Bitcoin, and stick to it no matter what.

Ignore the short-term price fluctuations of Bitcoin. It's just noise. Focus on the real signal, which is the Bitcoin revolution.

Keep Stacking. Great successes are built over time. With Bitcoin, it's the same. Be patient. Time is on Bitcoin's side and its future success is clearly inevitable.

Everyone who has followed these 4 tips to the letter has always made a profit with Bitcoin so far. The problem is that many people are unable to follow them.

I'll take a simple example. In late 2017, many investors bought Bitcoin when its price was soaring towards $20K. The speculative bubble that had then formed around the price of Bitcoin then burst throughout 2018.

During this Bear Market, many investors lost patience and gave in to panic by selling their Bitcoin at a loss.

If they had waited at least 4 years with a HODLing Bitcoin strategy, they would have been in profit since the price of Bitcoin is currently still above $30K. If you buy Bitcoin, you need to understand that its price moves in 4-year cycles that are separated each time by a Bitcoin Halving.

Ignoring this effectively puts you at risk of losing money with Bitcoin.

Taking the long view makes all the difference

To successfully profit from Bitcoin, you also need to define a clear strategy and stick to it. This will help you avoid panicking when its price crashes as it did in May 2021. Defining a strategy will help you take a long-term view of things.

This will help you avoid focusing on the short-term fluctuations in the price of Bitcoin.

In the short term, the price of Bitcoin will respond to the emotions of investors who are confused by the noise around them. Those who take full advantage of Bitcoin focus on the real signal: the Bitcoin revolution. As long as it is gaining strength, as it is now, you can continue to be calm.

Whatever happens, you must finally understand that Bitcoin is an accumulation game for years to come. All great successes are built over time with patience. If you show patience with Bitcoin by becoming a HODLer, you will be rewarded.

This has always been the case so far.

That can obviously change, but that's not the feeling with Bitcoin right now. Adoption continues to accelerate and demand will increase dramatically in the coming years. We are clearly only at the beginning of a monetary revolution that will change the world for the better in the future.

The big question is whether you will be able to have the confidence and patience to be among those who will benefit the most. If the answer is yes, buying Bitcoin seems like a no-brainer to me. It is up to you to incorporate this into your thought process and make the best decision for your future.