The short story about monster. Storypage 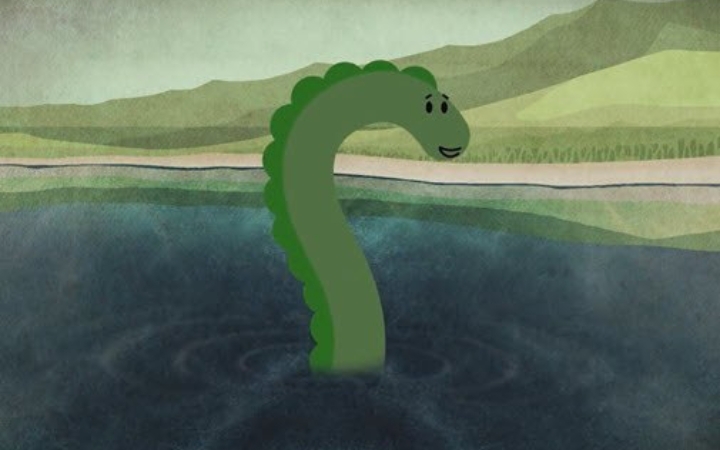 Have you heard of Nessie, the Loch Ness Monster? Loch Ness is a very large, deep lake in Scotland. Many people think a monster lives in it.

The first report of Nessie was back in the sixth century. A man called St Columba reported seeing a monster in the water, but he told the monster to go back, and he was safe.

The next year, a photo was taken of Nessie, which became very famous. It was taken by a doctor – but the photo turned out to be fake.

Since then, there have been several more sightings of Nessie. Some people have tried to take photos and videos, but Nessie is very shy and the pictures are not very clear. ‘The paparazzi are everywhere!’

People have also tried exploring the lake, but it is very deep and very dark. Some people watched the lake, while other people used equipment like underwater cameras, microphones and sonar to scan the lake carefully.

People have even explored the lake in submersibles. No one has found anything definite.

There are lots of possible explanations for what people have seen in Loch Ness. Maybe the monster is just a large bird, a tree or a seal. A few people even think it could be a plesiosaur, which is a type of dinosaur.

So, what do you think? Do you believe that Nessie, the Loch Ness Monster, really exists?

thanks for reading this story