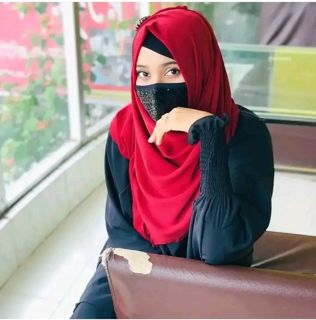 A Romance Filled...!! In the early days of Sanwan in the monsoonal Chanchal Mund, the Tejalli celebrated on the Tej Thatth is very beautiful. On this day, there are many red ropes in rattan-jara-e-rikkarin. This festival is very popular especially among women. On this day, from Samruti Kan to Marwar Desh (Rajasthan), the birds of the air, Padmaniwana, wear chilakkaras on their feet, bakbhana rabil rupees in their feet, baju in their arms, and they sing folk songs.

All the beautiful colors of Tejalari come out when it rains abundantly. Every Indian is a Savak. There are two strings. The whole country is covered with flowers. Pilar gives paloton and kisses the feet of Padmini. Peacocks masturbate. Then this first stage of the festival is painted in all romantic colors. Bhittai's Sar Samoon Varu Sai is also found in Sanuni Tej Varin Sunder Rasman. On this day, Sajan's sik in Sartin's chest climbs the Daryapur. The millet of the mating is getting worse. Those who are not deep in this blood, the storm that rises up inside them and the rains and rains are raging.

(O Sirteon! It is Tej Ii, Jeedin who is playing the festival. What happens to those who do not have a home on this day).

On the occasion of Tejalari festival, the music of the tree-jars and the laps of the trees is as pleasant as the tone of the song. In Hindu society, all the days, festivals and festivals are big, from the bright colors of Deepavali to the bright colors of Holi, all the days have their own special significance, but all of them have a beautiful Sahai Tije Parba which women are especially happy about. . They celebrate with great enthusiasm. This Tej festival is also called Hariyali Tejri. Because it is during the monsoon season, there is green everywhere because of the rain.

On this day, girls observe Tejri Mata. A fast in which only grains are consumed. The month of Sanwan is called the month of Vertulin in Hinduism. Because in Sanwan, Vrit (fasting) is kept on different dates (dates) from Sahai Tej ear to dark eighth. This month is also celebrated in Hinduism because Lord Shri Krishna, the giver of Gita-like immortals, was born in this month. Janmashtami is celebrated on the birth anniversary of Shri Krishna, which is called Nihavaro in Dhataki. Nihavaro is celebrated at the end of all Virtans.

A wave of happiness rises in Sansarteen when the first stage of Sanwan comes. This festival is celebrated by women, especially Pekin Gahar. If a girl is in Saharan, her relatives come to pick her up. If a girl is unable to listen to her relatives due to some compulsion, she scolds her and says according to Mirchu Vartiyo;

(O brother! Take me quickly, the crowning glory has come. My heart yearns to lie down in a cradle fixed in a tree).

This festival is especially popular in Thar and Marwar (Rajasthan). The culture and civilization of Dhat and Marwar are almost the same. From the romantic Sand Mine of Rasoor to the Dandi Rand, all of them testify to a Greater Sindh. The Tejari is celebrated in the sweet atmosphere of Sanuni Rat, the background of which is all romantic. Mehendi rattan in the hands of the bridegrooms, jhankar of the bridegroom, hundreds of decorations on the shoulders, kajal racks in the eyes of the pinpatalin and the kakal keta of the jobhan made this festival all beautiful. Playful Rupi girls are so cute. When they move in the cradle. The Padmanis in the cradle fixed in the Nam, Kandi or Devi tree compares to touching the branch of the tree on every stone. Which is called mother-in-law's sniffing. When a breath touches Tari, all the other girls flock to the kill and make a romantic wooing towards her. On the occasion of Tejalari, the music of Sajan beats in the heart of every woman. The sound of Dholi creates thirst inside. When all the women dressed like gray clouds flying in the wind. They join hands with each other and dance on the rosaries in the spirit of clapping, then the longing that dances with each other's shoulders rises in the soul of every young being. In the love of youth, the arse, turning, flows from one to the other. Then, by giving arha, this runaway desire ends up to a surprising limit, which is not even drunk.

You have been abroad for many years.

(The sundar days of Sanun are seventeen and this day is new, O ghost! You are in a foreign land, the well is shining on me).

Moor to Jahangur language in Moor dialect one,

(O Dhulia! Dhima Dhima, the peacocks are speaking softly. There are peacocks in the bun. Even after giving a song like Tej, you have not come to earn money in a foreign country. No one has turned your back, so how can you cut in this mand, except Thareli. . Dhola! May you be washed away in such wealth!)

If it rains on this festival of Tejalari, the tree-eared man will not be able to bear it and his heart will cry and say;

A lot of rain, raining clouds,

(O Ski! It is raining thunderously. It is pouring down the well, I am running alone in the rain. Sajan banan hi bondun are like twigs on my piasan langan. My sleep is burning in the fire).

who is called Two or three days before, the ears are planted in the soil. Singers sing songs on the strings of strings in the palot of Pular, playing strings on the gujwa water. From Samruti's seaman ear to Gud Amrani, in the echo of song, the Dravidian Doshizain and the gold of Sodhi have made Thar immortal...