The Human Brain correlation to the Mind. 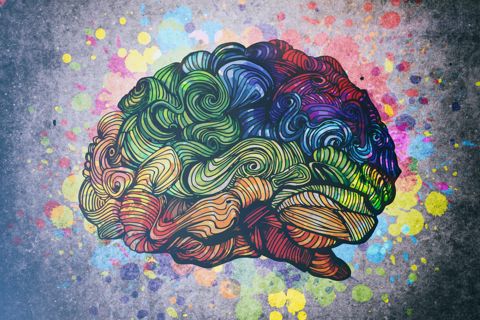 The Human Brain correlation to the Mind.

Every individual is born and conditioned by the society to make sure that everything a person can or will do, should be purposely meant to achieve excellence. This is a stipulation that has made people identify themselves as failures or underachievers which is equivocated in terms of a good or bad way. This is clearly is a spurious notion prevaricated by the society, that has brought about numerous variegated personalities, norms of culture and activities with a sole purpose of fitting into a specific group of personal interest or needs. What many people don’t know however is that the human mind is not meant for perfection or excellence and achievement of success. It is rather created with survival instinctive mechanisms in any situation. Many scholars have provided verifiable suffice information on the psychological makeup of the human being.

This article however provides an expedition through scrutiny and even confers and sifts the overlooked cognizance. Performance objected to excellence is only a personal desire either fueled by expectation of a reward or the scrupulous nature of the human mind yielded from conscientious expectations fraught with uncertainties in the resultant or expected objective. If you skim through the numerous occurrences in the world today, people interpret this events according their needs and interests at individual levels. While others may perceive this occurrences as extremely odious, others may vouch for such situations as auspicious and congenial to their personal needs. This individual preferences is what has led to the wide discrepancies in social, economic, political and even religious activities performance. Despite the evident discord availed in the societal norms in the world, this deviation in needs and desires has brought about compatibility in groups of people and hence born conservative analogous culture among people.

According to Rory Vaden (2021), a great mentalist and psychologist. Many people are fond of procrastination not because they are prone to it, but because they are victims of self-criticism fueled by the common laziness. He further tabulates this procrastination classifications into Classic being the most common of them all, classic procrastination involves consciously delaying of tasks that one should be executing due to the unwillingness urge of an individual.

Creative avoidance is the second category of procrastination that is sometimes involves subconsciously creation of things to do in avoidance of a main agenda, to use them as a scapegoat of feeling productive and secure of laziness. Priority dilution is the final category of procrastination that does not entirely involve laziness as a causal agent but because of a pop-up of a more agent or more important activity that can lead an individual into prioritizing the argent task and leaving the primary activity for a later date. The sluggish nature of individuals is not applicable as a causal agent in the third category, but it can indirectly be the basic rationale and a fundamental justification to priority dilution if the sole reason of priority is not entirely momentous or significant to the individual.

The authenticity of an occurrence to be supported as arguably the significant reason to prioritize other activities over the primary activity, should be taken into consideration with regards to the matters at hand before resorting to procrastination as the solution to the problem. It is therefore advisable for an individual to weigh between the plausible and arguably the best solution before opting for dilatory. Therefore in realization to the full human potential of an individual, one should elude the tendency of delaying activities for a later date when there is still time and intended priority to do the task. A good example is college students who, when given take-away assignments, have a tendency of shirking through most of the time and procrastinate the given task by creatively finding other things to enact in. It is plausible that they could be relinquishing their chores over other more important tasks prioritized over the assignment, but the time duration normally put in place is usually copious.