Blame Yourself Not The media, King Bobo slams colleague artistes. 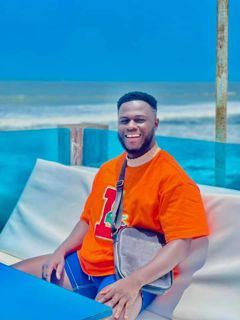 Sensational rapper, King Bobo has stated emphatically that artistes in the region who constantly hit at the media for lack of support and promotion are rather the cause of their own problems. In an interview with Gerry Gee GH on the Free E-Block show on Free fm during a tour to promote his newly released hard-core rap single dubbed, "STRENGTH", the rapper slammed his fellow musicians that the media have been doing the best they can for artistes and so he doesn't understand why artistes would turn around and be bashing the media over the lack of support.

King Bobo argued that if artistes do not bring their works to the media, how would they(the media) get to know about it and to try to promote it?

According to the rapper, artistes should rather find more suitable ways of pushing their works on their own with the help of the media and stop the blame games.