ROBERTS AND THE HAILES (ZIMBABWE CONNECTION) 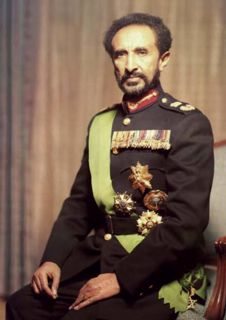 Zimbabwe is a country located in the southern region of the continent of Africa. It is among the few countries in Africa that attained freedom from the shackles of colonial bondage at the later periods long after majority of the nations in the continent had already gained their independence. The armed struggle waged by the African guerrillas as well as the mounting international pressure became a success in forcing out the unpopular minority government of settlers led by Ian Smith. The racist regime was left with no choice and in response yielded to pave way for independence. This presented the country with an opportunity to cast off the yoke of imperialism.

In some period of her more than four decades of self-rule,Zimbabwe in two notable but different occasions provided an arena for interesting and somehow very conflicting events that centered around one of the most influential individuals of the 20th century.The person in question continues to wield significant influence over a huge number of people in Africa and the whole world in general.His image is a very common and recognizable feature among many conscious and Pan African movements. The contradictory nature of how the two events unfolded in the same country at different periods under different circumstances,remains a puzzle to many people in the continent as well as those in the diaspora.

This prominent figure was Haile Selassie, the last emperor of the Solomonic dynasty that had ruled the nation of Ethiopia for several milleniums . Since his coronation as the emperor of Ethiopia, Selassie became a symbol of pride to many Pan African movements that had blossomed in the diaspora in reaction to the widespread racism and the prevailing colonialism the continent of Africa had been subjected to.His coronation was widely covered by the media of the day and broadcasted far and wide reaching a considerable global audience. The occasion made the new crowned emperor more visible to the international community which greatly admired him. It presented them with a chance to have a glimpse of the leader of an ancient African nation that had cemented its history by fiercely resisting and successfully repelling the imperialist Italian army during the reign of emperor Menelik. The famous battle of Adwa in which Ethiopia emerged victorious enabled the country to guard the reputation of her sovereignty. Her independence remained intact after defeating the powerful Italian invaders. This rare success became a source of pride and inspiration to many Africans both at home and abroad. The victory meant that Ethiopia had sailed and overcame the turbulent wave of colonialism that had swept across the whole continent.Selassie's image was further catapulted to the global scene after his famous speech before the league of nations in which he condemned fascism and called for action against the Italian regime of Mussolini that had invaded Ethiopia in attempts to reclaim the lost glory and help repair Italy's former image, that had been scarred and tainted by the humiliating defeat suffered in the hands of Menelik's able army during their failed military campaign. The partisan and the toothless international body was of no help and Ethiopia was left on her own to fight the brutal fascists.His prophetic speech would later be recalled when fascism spread like bonfire and had the whole of Europe plunged into major armed confrontations that rapidly spiraled out of hand leading to an outbreak of a global war, which was unprecedented in the human history, in regards to the scale of bloodshed and destruction that took place.

The emperor later became the center of the two events that unfolded in the southern nation of Zimbabwe. The two seemingly extreme occasions in regard to how they played out represented the face of his zenith moments of glory as well as the sunset times of dishonor that would constantly act as a reminder of the huge blow that was inflicted to his legacy which coincidentally brought the end of the only surviving Solomonic dynasty in the world.

Robert Mugabe became the leader of Zimbabwe after independence. The nation in its celebrations for the new dawn invited one of the biggest names in the musical industry to perform in this special and otherwise historical event . A namesake of the country's founding father, Robert Nesta Marley popularly known as Bob Marley and his band entertained a very huge and excited crowd, which was elated to witness this crucial moments in the history of their country, which marked the transition from one era to another.Marley's revolutionary track 'Zimbabwe ' successfully had managed to draw the attention of the global community on the plight of the people of Zimbabwe in their struggle for freedom and independence .The song also served as an inspiration and greatly motivated the guerrillas in their fight against the imperialist regime.

This factors coupled with Marley's superstar status made him worthy and better placed to grace the stage in this precious moments in the history of the nation. Marley's global success helped popularize the concepts of the Rastafari conscious movement and elavated reggae music to new heights. The music genre which had roots in the Caribbean Island of Jamaica found its space in the international arena.The philosophy and spiritual aspects behind reggae music and Rastafari movement greatly drew inspiration from Haile Selassie the last emperor of Ethiopia.

Robert Mugabe and Zimbabwe at this juncture in their history played a host to one of the most prominent and biggest ambassadors of the movement and reggae music in general.Bob Marley in many of his albums and songs just like other contemporary reggae artists, promoted the ideals of Haile Selassie by quoting many of his teachings and thoughts as presented in many of the speeches made by the emperor.Bob Marley based on the stature of his global success significantly represented the glorious side of the emperor and his legacy. In the archives of Zimbabwe, his performance will always remind the world on how big the influence of Selassie was and how Bob Marley's presence perfectly effected it. Marley a legend by his own right and a gem that is still a treasure based on his continued relevance in the present times and most likely to the future generations, continuously keeps the legacy of the last emperor of one of the oldest and famous empires in the history of the world alive.

The nation later in another period with Robert Mugabe still at the helm received another guest though in different circumstances.This man had previously played a central role in sealing Selassie's fate.Robert Mugabe and Zimbabwe hosted Haile Mengistu Mariam, a man who was responsible for the demise of the solomonic dynasty that had ruled Ethiopia for years. Mengistu together with his comrades in arms who formed the Derg committee seized power in Ethiopia after overthrowing the milleniums old Ethiopian empire. Mengistu orchestrated a coup that ousted Haile Selassie the last emperor of the empire, and established a communist regime that ruled the country with an iron fist. Under his watch many atrocities were carried out in the nation.The situation in the country worsened during his rule contrary to the anticipated change many thought the revolution would bring.Ethiopia was plagued with hunger and weakened by ethnic based conflicts.His reign of terror finally came to an end after various rebels and factions successfully toppled his regime and forced him to flee the country.

Mengistu found his way to Zimbabwe where he sought asylum.Mugabe and his government had their own reasons for having Mengistu as their guest.The government found it better to grant him residence as a reward for his notable contributions and support his regime provided to the freedom fighters during their fight against the colonial entity. Mengistu still lives in Zimbabwe and to this day has never been extradited to Ethiopia to serve his sentence after being tried in absentia and found guilty for atrocities committed during his reign.

Concerning the life of Haile Selassie, Zimbabwe played host to two different figures in regards to the legacy of the last emperor of Ethiopia. Bob Marley in Zimbabwe represented the brighter side of this legacy. On the other hand Mengistu persecuted the old emperor and is believed to have tortured the king to his death. Zimbabwe was therefore a convergence point where different circumstances and reasons united the Roberts and the Hailes.