Little bit of my life , and how i saw my growing up. Not saying it's necessarily true , just my momentary point of view. 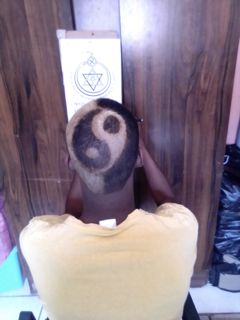 I was raised in chaos and grew up disorderly

Till this day I don't know what normal is

So when you see me behave abnormally

I assume ,that everyone just like me thinks they know everything, when they was a obnoxious teen

Being conscious means taking responsibile , actions and facing each consequence

Whether it's bad or good, each happening has point to it

No sex or relationship can fill the void if you

What's odder is Audrey and my father is always in a argument , mostly, `over` the smallest shit

And the Lord is in ,each individual just like how every child has their Father in they heart that beats

And nothing beats the Love a Father and a mother gives

Is how I gaslight myself coz it felt like the opposite

Hell was more like a lifestyle instead of a option given

I'm not saying our bullshit is they fault to give

This is just me making my closet clean

Coz my baggage is , my child's baggage if i don't right now try to solve my shit

On the street corner it's

There for some reason became a scoffling , 2 of them just began boxing

Antie saw they was disrupting peace and called police

They was there in a second started shooting without warning them