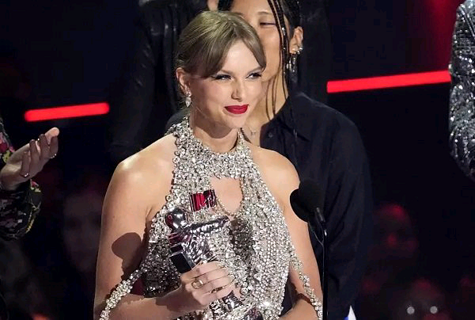 Swift took home the night’s biggest prize on Monday morning, winning the music video of the year for her 10-minute-long film ‘All Too Well.’

The megastar also announced that her new album will be released on October 21.

“Midnights, the stories of 13 sleepless nights scattered throughout my life, will be out October 21. Meet me at midnight,” she wrote on social media.

The event which was held on Sunday in was Prudential Center in Newark, New Jersey, was hosted by Nicki Minaj, Jack Harlow, and LL Cool J.