The monk with a Cat 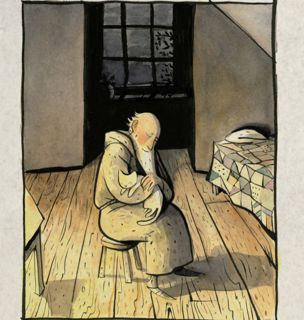