The Life of the young Mathematician, SWARNAV MAJUMDER

Swarnav Majumder is a Student of AJC Bose College, India. He got the International Best Researcher Award in Mathematics 2022 from ISSN Awards at the age of 18. 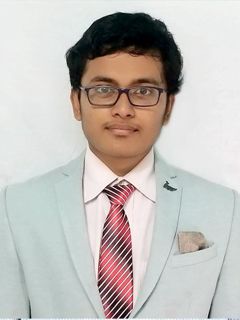 SWARNAV MAJUMDER is a B.Sc. (Honours), 1st year Student of Acharya Jagadish Chandra Bose College at Kolkata, West Bengal, in India. He has been felicitated by International Society for Scientific Network (ISSN) Awards for International Best Researcher Award in Mathematics. He is also a Dirac Medal 2022 Nominee, Fields Medal 2022 Nominee, Asia Iconic Researcher of Physics. He was born in Kolkata, West Bengal, India.

Swarnav Majumder was born on 12th October, 2003 to a middle class family. His father is Sudeb Majumder and his mother is Baby Majumder. His father is an Insurance agent and his mother is an housewife. Swarnav’s family loved him quirks and all. His family had a deep love of learning and respect for the intellect. The first step to gaining knowledge was asking questions.

Although he achieved the heights, but his journey with Mathematics from beginning was not well. As many lads he also used to had a bitter experience in Mathematics. He was not a good scorer in Maths and additionally he does not like maths at all. Once he even failed in Mathematics also in class 9.  But the proverb,” Time changes worst enemies, friends”  practically happened in his life. In the year of 2018 , he was studying in class 10, a teacher named, Gautam Bose came to teach him Mathematics and this changed his liking with Maths. Maths turned into a subject of joy for Swarnav. He used to spend days working on complicated math problems alone in his room until he solved them. He started to make Maths problems and started to solve them.  Another life changing incident happened next year, one day he got a book in the school library named, “ I am Albert Einstein”, he read it as a novel and it entirely changes his way of thinking forever. Meanwhile, Swarnav was upgrading his mathematical ability, he was attacked by an deadly disease, Pericardial Effusion. Some fluid accumulated around the heart, affecting its beating. He ran a high fever for continuous 63 days.

After he recovered from the illness, in the year 2020, a epidemic Covid-19 virus spread across the world. The whole world was locked up inside homes. But turned into a fruitful time for Swarnav. He published five scientific research papers on Physics and Mathematics in that year, first one is the famous paper on “Permutation and Combination Series” published in Indian Journal of Mathematics Research. He later called that year his, “ annus mirabilis” . He showed that “Education is not the learning of facts but it should enhance your thinking capability”. At that time he used to spent nights working on the complex equations until he reached the solutions. He changed our ideas about wave collisions, while working as a student in school he came up with new equations and formulas which will leads to all sorts of inventions further.

He has done a remarkable research in wave mechanics and collision mechanics. He has published many books on physics and mathematics. He is a very enthusiastic and inquisitive student of physics. Besides his research works, he is very affectionate to playing football and in leisure, he likes to read biographies on great people. He is always habituated to respect all ages, and respectful to his parents and teachers. He believes in self incarnation and self believe. He follows the path of truth, integrity and hard work. His famous quote is “It doesn’t matter what you are, but it matters what you be”. He is a very dedicated student of Physics and will also contribute further in the literature of the subject. He dreams of becoming one of the recognizable renowned physicists and also to further research in this field.