As soon as a woman becomes pregnant, the ovum, which is much smaller than a mustard seed begins to grow. So, in this article, I will be talking about signs of pregnancy, danger signs in pregnancy, and care of the pregnant woman. 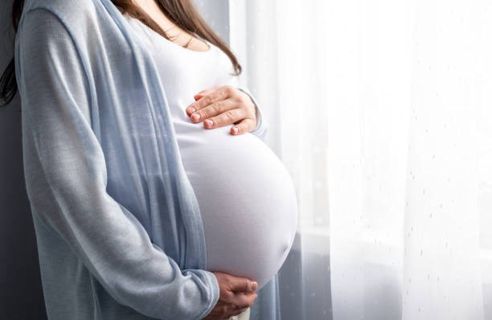 Morning sickness usually occurs for a few weeks when a woman is pregnant. Upon getting up in the morning she will suddenly feel sick and nauseated and will begin to retch and vomit. It may occur every day for several weeks. This is a fairly certain sign of Pregnancy.

During the second or third months of pregnancy the breasts become larger and firmer. The nipples become more prominent. From the third month of pregnancy on there is a gradual enlargement of the abdomen. In about four and a half months after becoming pregnant, the woman usually feels the first movement of the child in her uterus.

4. Bleeding from the vagina

5. Blurred vision or other visual disturbances.

6. Swelling of the feet, ankles, or limbs.

7. Swelling of the face, especially under the eyes.

8. Sharp pains in the upper part of the abdomen.

9. Stopping of foetal movement for a week or more.

10. Mental depression and change in disposition.

In case any of the above signs appear a doctor should be consulted without delay.

Care of the Pregnant Woman

The woman who is pregnant must have a liberal amount of nourishing food; for she must eat to supply two persons, herself and the child in her uterus. It is very important that the bowels move daily. If there is constipation, she should seek medical advice.

She should sleep in a well-ventilated room. It is important for a pregnant woman to take some muscular exercise daily, otherwise her muscles become weak and flabby, and the child will be weak, and she will also have a very difficult time when the child is born. She should drink several pints of pure water daily and avoid the use of wine, tobacco, and betel nut.

In conclusion, sexual intercourse should not be indulged in during the last two months of pregnancy and only very moderate during the first seven months.