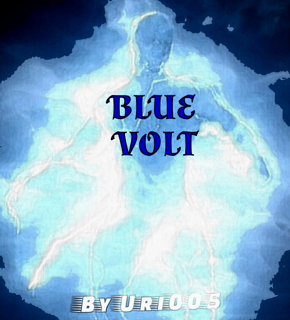 The wind blew from every direction. In the dark of the night, there was a storm. The Eve-Hills Garden was the type that had all kinds of flowers. They were all arranged in order, ranging from the largest to the smallest; but there were two which were kept separately: a specie of Bluebell and Lotus.

They were known to be radioactive. Once you get in a close contact with them, they'll imitate your every move. They were never exposed to the atmosphere, they're always in a glass cube, because, they were forbidden to touch. People call them death flowers, because, at first touch, death follows.

But in the night of the storm, the lightning were attracted to the flowers. Their movement seemed to control the lightning. Once, a bolt of lightning struck the Lotus, instantly, there was an explosion. Both flowers became exposed to the atmosphere. Sparks moved round the Bluebell, and the Lotus was set ablaze. Despite the heavy downpour of rain, the Lotus flower burnt brightly in the dark night. The Bluebell was carried away into the flood (caused by the storm), while the Lotus floated into the wind; towards the remaining flowers, there, it burnt along with the others.

The mystery that happened is still yet to fantom. Scientists say that it was the radioactivity from both flowers that caused the disaster. Other people say that the flowers are possessed. Although, the Bluebell was found, but the Lotus completely disappeared.

Now, the time is come for the flowers to be revealed. Which is dangerous? Bluebell or Lotus?