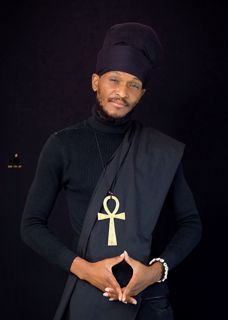 "Ine si mbumba ya Abraham" is a song which is acting as a reminder to us African people of who we are, who we have been and who we will always be, the Bantu people, Which is our true identity.

Speaking in an interview on Monday, Fire Star said he decided to name the song "Ine si mbumba ya Abraham" because of the message which the song is carrying.

"I was trying to express myself to the people about who really I am and where I am coming from," Fire Star said.

He said he came up with the idea of writing the song after hearing a lot of black people calling themselves Israelites and that they are from the tribe of Israel, descendants of Abraham, Jacob and Isaac.

"A lot of people call themselves descendants of Abraham, Jacob and Isaac who in reality are not even their ancestors at all and those names are not even in our native language.

"So, the idea of the song was to remind the people who we are, the Ngoni, the Lhomwes, the Amasaii, the Zulu, the Yorubas, the Tumbukas, the San people, true tribes of our African nations and that we have our own traditions, culture and spirituality," Fire Star explained.

The "Akufuna Rasta" hit maker added that he got the inspiration of tackling this particular concept from Anthony Makondetsa's "Mbumba ya Abraham."

"I wanted to set the record straight that "NO" we cannot be descendants of Abraham, we know our parents, our grandparents and our great great grandparents. We know our tribes, our home villages, our traditions and culture and it is different from the ones we read in the bible about Israelites," said Fire Star.

In his view, the song which has been produced by Truemale of Grapes Records is not targeting Anthony Makondetsa or anyone but rather a black liberation song to the beautiful black people.

Lacted Kachala, a follower of the reggae dancehall artist said as Africans we have our own ancestors and the message in the song is pure and true black liberation.

"I cannot be "Mbumba ya abraham" no, those beliefs have enslaved black community for so long, we stopped being recognised on our own , our culture as africans has long been forgotten.

The song will be available on all streaming and downloading platforms.