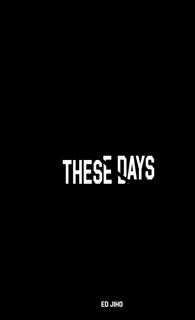 ‘… No! But, I hope he is different from the rest of presidents we’ve had oo. And why are you calling him ”upcoming president” when the elections hasn’t even come self?’

‘E be like say you no sabi this country they call Nigeria. They will just rig this election and give it to Ola Kunle. You know Ola Kunle is almost a Fulani since his mum is a Fulani.’

‘wow! I never thought of that. These and more are reasons I dislike voting – rigging, gun shots and the rest of violence.’

‘Common fuel that we own is now expensive in our country. How can one liter be 24 kobo?’

‘Asin eh, me I don tire for that country. Even yesterday, I see as ogar Sunny no on him gen yesterday. He be like say them don sack him wife.’

‘Sack Simisola? Ah! But that woman dey overwork. How people go just decide to wicked like this na?’

‘Na why she no comot early this morning? I dey try reason with my wife say them don sack am. My wife say na lie say na belle she carry. Now, she go come dey beg for garri and rice.’

‘But that woman dey help us, normally when food no dey house,’ The yellow-shirt man said with emotions, ‘but, we no get food to support am now.’

‘Whoever sacked her should have allowed December and February to pass before doing this heinous act.’

‘This Nigeria don spoil na. Why brother go sack brother? If you go steal now, them go call you ole; if you work, them go either sack you or no pay you for work were you do.’

‘When will these things stop in this country?’

‘Na me you dey ask? Na me be God. Even God don tire for this country, I believe.’

‘I think the hope will surely come. Let’s keep our fingers crossed and see as events unfold na.’

He didn’t seem to concern himself in the discussion. What mattered most was the fact he has to be in the office before his boss arrives. He picked up his phone and decided to call Tayo as he promised to but then decided against it. His car has just broken down, now he has to board a taxi to his office. It’s 7:43am and in less than 30 minutes, he has to be there before the CEO. Yesterday, it was Simisola that was sacked. Today can’t be his day. But, what did Simisola do to warrant the sack? He doesn’t have a clue. He needs to hurry up. How is he going to get one cab now?

‘Taxi!’ He shouted. The taxi – whose red is starting or has already looked like brown, it’s doors were dirty and full of scratches, the windscreen was patched with waterproof to avoid the unknown while awaiting replacement – reversed to where he was. The driver seems to be in his mid-twenties. He wore a big, brown cardigan and an oversized cap. He kept smiling as he reversed his taxi, displaying a nice gap tooth and some broken teeth which he got as a reward for involving in a fight and his forehead seems to be in competition with his door for scratches. Give me love by Miliamio was playing from the radio.

With broken English, the cab driver ask, ‘where you dey go?’

‘I dey no go that side today. They are shoot guns in the that place since today in the morning.’ The cab driver said while frowning his face. ‘You go find ano….’

‘Please, I will double your payments. Just take me there, I am late for work already.’ He didn’t know when he said that. He never liked this taxi a bit.

‘How much do you charge for a normal ride?’ Not his intention as he was not sure if the brakes are in perfect conditions.

‘On a normally, is twenty kobo that I use to collect. You know say things is really hard. Even chopping money for soup cook no dey easy for finding.’

‘Money first. Pay me my Ego’

‘Fine.’ He searched his breast pocket for money. He couldn’t find it there; he searched the right pocket on his trouser and found some coins there. ‘Here, take it and please let’s be going. I’ve spent more time than I should.’ He said while handing him the money.

‘How do you open the door?’ He asked.

‘Wait make me open it for you.’ He came out of the cab, and turned round to open the door for Tim to get in.

The taxi driver started the car and they were on their ways. Today didn’t look so peaceful. The weather wasn’t looking friendly. The people walking on the street seem to be faster than the car. Everything seem to be working under the influence of a remote. What was going on? No one was smiling. Soft music was playing from the radio in the taxi. The driver seems to have a good taste of music. Everything looks neat and tidy unlike the outside. The seat smelt nice and were too soft, he never expected this. The driver drove with utmost carefulness like a professional, maintaining his speed. He knew his work too well. What did we do was the next song to play, he so much loves this song and he was ready to sing aloud but he doesn’t know the lyrics too well. So, he whistled to the rhythm of the song. The driver looked at his mirror and smiled at him as he joined in the whistling.

‘From the way I look at the look at you, you be a teacher?’

‘No. Just drive carefully.’ He replied trying not to be saucy.

‘Ogar, na it be true say we dey enter prepiratception?’

‘What is that? What is prepiratception?’ He tried suppressing the laughter.

‘Ogar, na it be that. Reception!’ He smiled displaying his gap tooth.

‘I don’t know oo. The look of things is no longer funny. Let’s just hope this recession doesn’t come.’ The sudden hike in the price of things, especially Petroleum, didn’t take him by surprise. He already knew this was going to happen. He was already pessimistic about this unfolding event.

‘I beg o. I have 7 children to put them food for mouth. I need pay house rent. I no get another money-making way.’

They have been on the road for close to 20 minutes now, he hopes to be there before the next five minutes. The next bend was welcomed by people running Helter-Skelter. Confusion was the order of the day, as people took to their heel not minding where they were going to.

‘What is happening? Why are they running? Please reverse the car. No, let me come down. Open the door! How do you open the door?’ He asked not waiting for answers.

‘How do you open the door?’ He asked again.

‘Wait make I como do am. Na only me sabi how to open nam. This door I don give am to Mechanic plenty times. They no fit do am say my money no plenty. So, I say make…’

‘Mister’, the anger could be noticed in his voice, ‘cut the crap and please let me out. I need to find safety before whatever happens next affect me.’ He commanded.

“I am Bidemi Mike, you are listening to Afrique Radio, your number one radio in Africa.” came a voice on the radio “there have been a coup d’état earlier today. Please find your safety while we get the rest of the information. We don’t know and can’t tell for exact who got killed or who was involved. But when we do, we’ll let you know.”

‘Another coup d'état?’ He asked to no one in particular. ‘Open this door, driver.’ The driver was battling with the handle. ‘Ogar fast na. Let me out of this place before the unknown welcomes me.’ The driver finally opens the door.

He could hear his own heart running in his chest. Mama Tayo’s stall was set ablaze. From the top of the roof to where she do sit down to sell her market was turned into ashes. The Windows were not left out as they were hanging from the frames with fire on top. A lady who was dressed as a nurse was caught by a bullet, she laid by the road side decorated by her own pool of blood. She was shot in her left breast very close to her shoulder. Close to where she lay, a small boy who was deserted was crying as everyone kept running to safety. An incoming Peugeot accidentally changed the direction of an Okada man and laid him on the ground. The view wasn’t a nice one. No one cares about this. Just run and find a safe place. He didn’t know when he started running, but he saw himself running faster than the bikes on the road.

‘They don kill Ola Kunle o. Person where wicked.’ He manages to pick this from a lady running beside him.

‘My pikin oo. Who dey house with am?’ Another asked.

He felt cold splash of water on his face. It was his aunt again. ‘Wake up and empty those trash! Prepare food for me, I want to visit some friends.’ She left.

‘Ah! Not another dream again.’ He exclaimed.